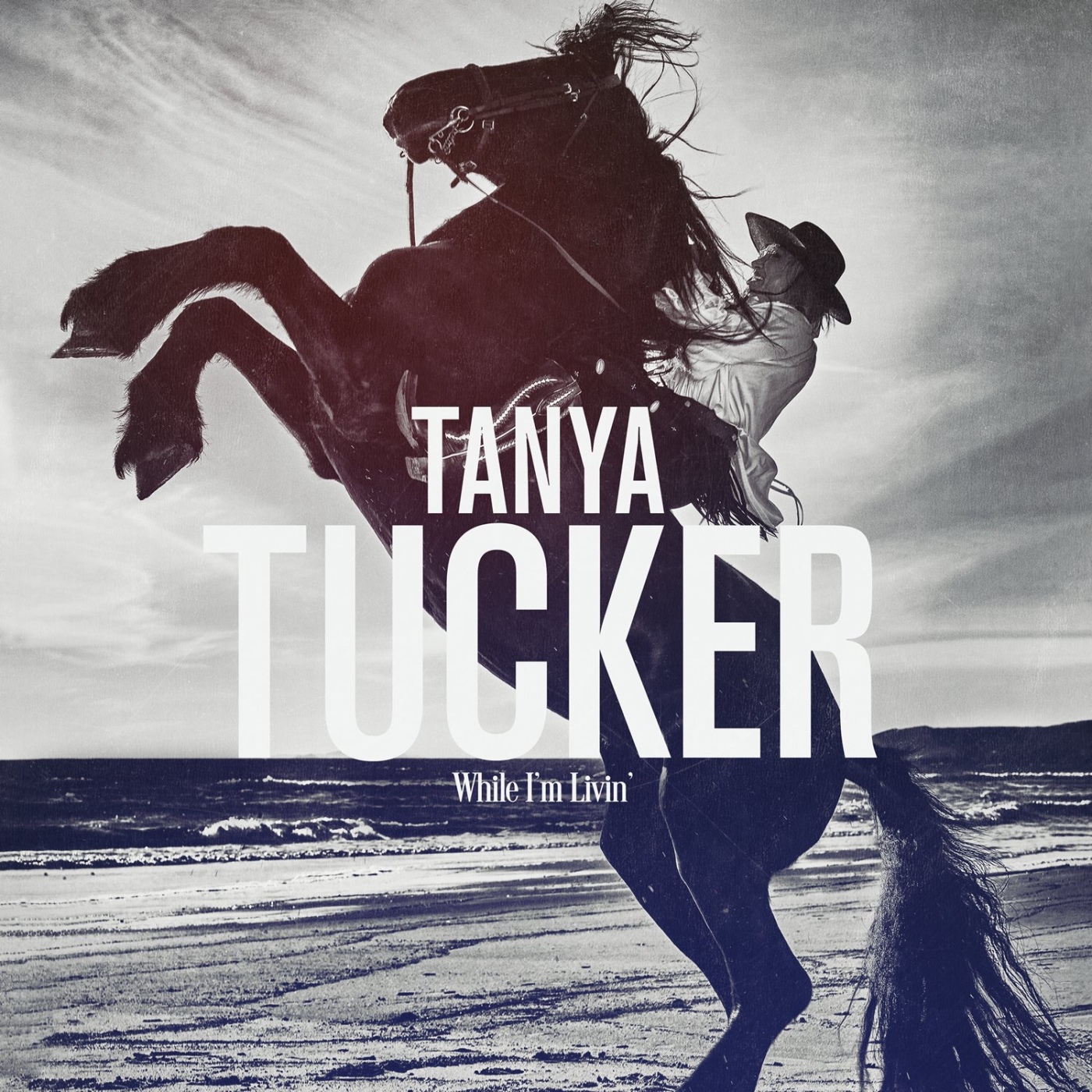 Before she went into the studio to record her first album of originals in seventeen years Tanya Tucker had cold feet. She didn’t think the songs were good enough and she’d never even heard of Brandi Carlile. If it wasn’t for Shooter Jennings convincing her to stick with it, then this album might never have happened. Even then she doubted herself through the recording process and kept threatening to quit.

Brandi and the twins had written songs for Tanya and wanted to make an album to show ‘the grit, the growl, the cracks and imperfections’ that made Tanya Tucker the singer she is. Tanya was used to singing big commercial country hits and her music had even been glossy, at times. This new rootsier direction felt like a risk. But even she would admit that her last album had been a clunker, and so eventually she realised she had nothing to lose. Once Brandi told her “This is Tanya Tucker, the singer, not Tanya, the entertainer”, I finally got it,” she says.

And thank god she did. Because to say this is a gift from the country music heavens barely does it justice. While I’m Livin’ is a masterpiece and one of the best records of the year.

On the cover of the album the Texas Tornado rears up on a horse, ready for the ride of her life. I’m never going back to Mustang Ridge, she begins determined to leave her past behind. She doesn’t have regrets, just a firm eye on the horizon of a better future. Her voice is lived in, like Loretta’s and Lucinda’s with that tough steel edge as raw as ever. Brandi’s background vocals sweeten the song, and its folky feel is a blast of fresh air. The production lets these songs breathe, so that Tanya’s voice is centre stage.

Wheels of Laredo is a widescreen country epic with a haunting melody, and lyrics which make you feel like you’re right there in the middle of the place with her. The song will also appear on the Highwomen album next month and Brandi has made the point that in the past artists sang each other’s songs all the time (see Dolly and Emmylou for example) and it was to the benefit of both.

So then it makes sense that the album also includes a cover of what is probably the best country song of the last decade – Miranda Lambert’s The House That Built Me. The song is transformed into a story about visiting the home that you made with your children. Life is a series of leavings and starting overs no matter what age you are. Sometimes you want to go back and take a moment to think about your past. It may be a cliche but Tanya truly makes the song her own, adding a gravitas that only comes with age.

At the start of ‘I Don’t Owe You Anything’, a song about dealing with the father of your children, Tanya can be heard saying ‘I got something to say’. And she sure does. The songs on this album work as an autobiography of her life – Rich is about growing up poor and Seminole Wind Calling honours her home town. On ‘The Day My Heart Goes Still’ she sings a straight love song, with a sweet mandolin accompaniment. Maybe she has only written one song on this record but the way she delivers the songs makes you feel like she owns every word.

There’s a real rocking outlaw spirit on Hard Luck, a cover song which perfectly suits her style. She has always understood how to merge genres, right back to the start of her career, which was one of the reasons she became the first country star on the cover of Rolling Stone. Of course looking back you can see how her youth and sexuality were exploited and how her rebellious lifestyle unfairly led her to become tabloid fodder. Maybe now as a sixty year old woman she can finally gain the respect she deserves from all music fans.

The final song on the record is the kind of late stage career gift that few ever get the chance to sing. Even Loretta’s Van Lear Rose for all its quality didn’t have a song as brilliant as Bring My Flowers Now. To understand what makes this song special then watch Tanya sing this song to Loretta Lynn at her birthday concert. Tanya honours her own hero by bringing her this song and real flowers at the end. Don’t spend time, tears or money on my ole breathless body/ If your heart is in them flowers bring them on. It’s a beautiful sentiment, a song that Tanya had been working on forty years before she met Brandi. It only took twenty minutes for them to finish it together. Brandi, and everyone who has worked hard to make this record a reality has made sure that we will listen to Tanya Tucker while she’s living and not just honour her when she’s gone. Her career isn’t over – on this evidence she’s ready to ride out the storm for a good while longer.

While I’m Livin shoots from the hip and the heart. Tanya Tucker deserves our flowers, and every other accolade we can give her for the best album of her career.