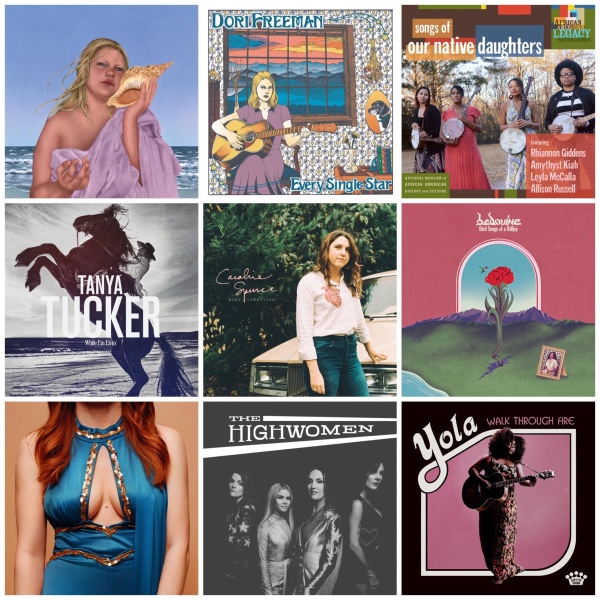 After writing about the overwhelming paradox of choice that comes from the tidal wave of music released in 2019, I started thinking about how I could recommend some of my favourite albums of the year in a different way so that no one is sent into a tailspin of anxiety about what’s cool, what’s good or worrying about what you’ve missed out on.

We should never underestimate the importance of music as self-care. I believe it is vital in helping us to deal with this tumultuous, chaotic world. While I do still plan on writing traditional ranking end of year lists too, read on for recommendations as to how 2019’s best music can be used as serious self care. END_OF_DOCUMENT_TOKEN_TO_BE_REPLACED

Before she went into the studio to record her first album of originals in seventeen years Tanya Tucker had cold feet. She didn’t think the songs were good enough and she’d never even heard of Brandi Carlile. If it wasn’t for Shooter Jennings convincing her to stick with it, then this album might never have happened. Even then she doubted herself through the recording process and kept threatening to quit.

Brandi and the twins had written songs for Tanya and wanted to make an album to show ‘the grit, the growl, the cracks and imperfections’ that made Tanya Tucker the singer she is. Tanya was used to singing big commercial country hits and her music had even been glossy, at times. This new rootsier direction felt like a risk. But even she would admit that her last album had been a clunker, and so eventually she realised she had nothing to lose. Once Brandi told her “This is Tanya Tucker, the singer, not Tanya, the entertainer”, I finally got it,” she says.

And thank god she did. Because to say this is a gift from the country music heavens barely does it justice. While I’m Livin’ is a masterpiece and one of the best records of the year. END_OF_DOCUMENT_TOKEN_TO_BE_REPLACED