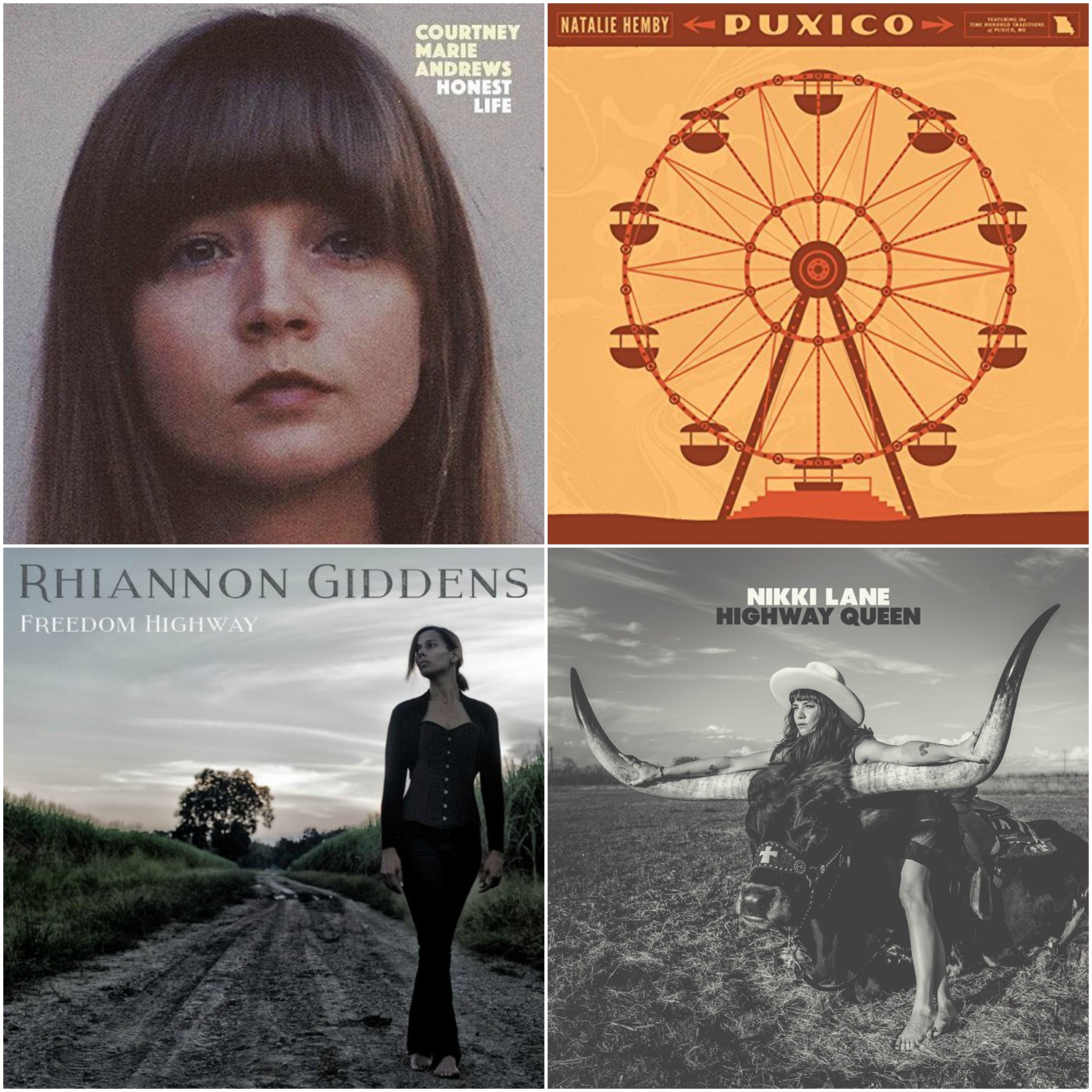 I know 2017 is only two and a third months old but there has already been some wonderful albums released by female artists in the Americana and Country genres. From this point on I intend to review albums as they are released but here is my list of what I’ve been listening to so far in 2017.

Courtney Marie Andrews is already a music veteran at the age of 26 and she finally released her third album ‘Honest Life’ in the UK this January.  Andrews uses the traditional sound of classic country to tell her stories of heartbreak: How Quickly Your Heart Mends could be sung by any major star of the last fifty years, such is the timeless quality of the lyric. She opens the record by declaring this ain’t no rookie dreaming and the journey towards experience and maturity is woven through each song on the record. The stand out track here is Honest Life which is the most beautiful four minute manifesto for living you will hear this year.

The songwriter for hire system that operates in Nashville has always been a little puzzling to me. Why are these talented writers giving away their best material? How can that be reconciled with the idea of music as an expression of self? Well turns out that Natalie Hemby, songwriter for Miranda Lambert among others, was actually secretly keeping her best songs for herself. Puxico is the name of her grandfather’s home town and Hemby takes the subject of small town roots to her heart on this long overdue debut. You could imagine a song like ‘Ferris Wheel’ might have been turned into a big shiny pop country number but thankfully Hemby is able to use time honored traditional music to create what is often lacking in the mainstream: an authentic representation of a life lived. And after all isn’t that what country music should be about?

There are few more talented musicians and singers performing today than Carolina Chocolate Drops alum Rhiannon Giddens, who released her second solo album Freedom Highway this month. Currently appearing on Nashville as a life-saving evangelical angel and recently to be heard singing with Eric Church on Kill a Word you could forgive me for thinking this album might have leaned towards more a commercial sound. Thankfully Rhiannon has not eschewed her traditional roots but has actually combined that sound with narratives that explore the current and historical problems of race relations in the USA. I’m very much looking forward to hearing these songs live in a few weeks – you know as you listen to this record that the power of these songs will be felt even keener in real life.

Nikki Lane’s new album is named after her ode to feminist independence Highway Queen,  which I love so much I have adopted it for the name of my blog. The album feels like the soundtrack to a party that ends with lost cowboy boots and drunk driving.  Jackpot takes the country to Las Vegas, and Nikki comes off as sounding like Elvis Presley and Wanda Jackson’s illegitimate grand-kid. The force of her personality and style sets these songs apart but the final song Forever Lasts Forever makes it clear that this album is more than just a fashion statement – it has a heart as big as the bull on the cover.