Natalia Lafourcade’s Musas albums brought the history of Latin folk music to life for modern audiences and she continued to explore her roots on last year’s Un Canto Por La Mexico Vol 1. That album was a collective celebration, which included many guest artists and reworkings of her old songs. It went on to win three Latin Grammys as well as the overall Grammy for Best Regional Mexican Album. The second volume of the project continues her collaborations with many modern artists of Latin music, who together celebrate the greatest hits of her musical culture. END_OF_DOCUMENT_TOKEN_TO_BE_REPLACED

The power of Mexican folk songs, traditions and culture is conveyed in Natalia Lafourcade’s new album Un Canto Por Mexico. Lafourcade has described the album as representing a visit to a Mexican market – the people, the sights, sounds, everything you find in such a place is in her music. To walk with her in song is to join in with a joyful celebration of life.

Her last project, the Musas albums, shifted Lafourcade’s focus towards folk music, taking her artistic ambitions in a revelatory direction. From there she was nominated for the Oscar for her contribution to the Coco soundtrack and she performed at the Grammys. Her star in Mexico is huge and she is now rightfully known beyond the narrow confines of ‘world music’. What Lafourcade is doing is transforming traditional folk music for a modern Mexican audience, and showing that to sing for your county is to sing from your own soul. END_OF_DOCUMENT_TOKEN_TO_BE_REPLACED 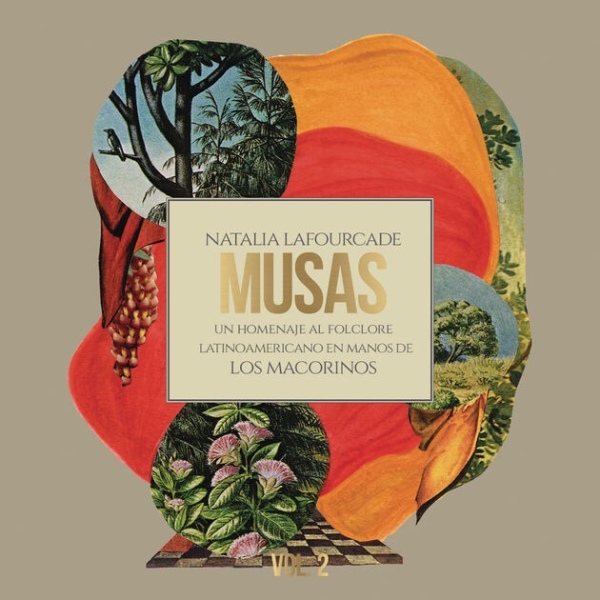 Last year Mexican musician Natalia Lafourcade decided to cast off modern pop sounds and investigate the rich musical history of her Latin American heritage. Her album Musas included folk inspired originals plus covers of songs by legendary Latin musicians like Violetta Parra, Agustin Lara and Simon Diaz. It went on to win the Latin Grammy for Best Folk Album as well as becoming a huge commercial success. Her second volume appears less than a year afterwards, the haste of recording partly because of the advanced ages of her collaborators Juan Carlos Allende and Miguel Pena of Los Macorinos (both in their eighties) and also due to the renewed creativity Natalia found in this project. In the songs of the past she found not only her roots but a way forward for her music. END_OF_DOCUMENT_TOKEN_TO_BE_REPLACED