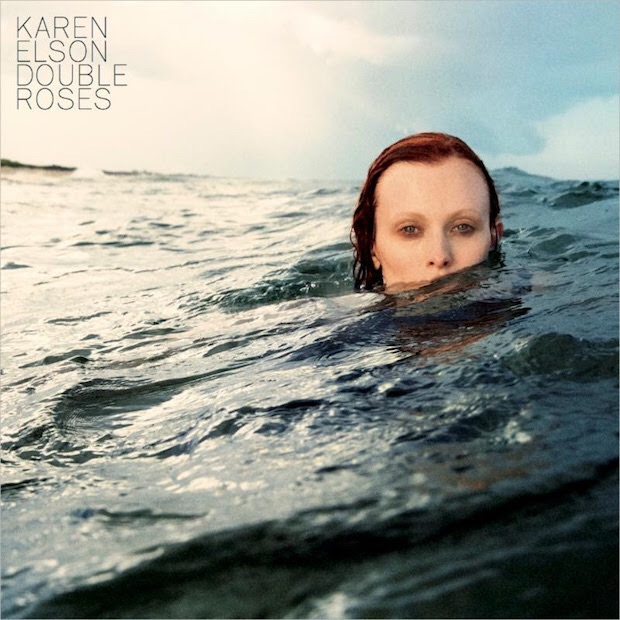 On the cover of her new album Double Roses, Karen Elson is in the sea, her face only partly visible above the water. Yet her straight eye stare suggests she’s comfortable there, submerged slightly but ready to emerge as a musician once again. She’s waving, not drowning.

The lush arrangements on this album are a step away from the murkier sounds of her previous work. Wonderblind starts with an eerie harp and is not dissimilar to Bat For Lashes, albeit with a more poppy feel. Here she sings of feeling lost – she doesn’t know if she should keep wandering and risk becoming even more adrift or stop and try to find her way back. The prettiness of the music and the warmth of her vocals make this an enchanting journey of self-discovery.

The title track Double Roses uses the ethereal quality of her voice to make the lyrics even more evocative. Bury your dead beneath the flowers so the dead can one day grow. There’s just a hint of English folk music here in the swirl and echoes towards the end of the song. You could see this being performed at Glastonbury on a hazy afternoon or at sunset.

Call Your Name might have easily been turned into a predictable ballad but credit to Elson for doing things with more subtlety. The End is also lovely, letting the voice dominate. This is about a breakup maybe but there’s maturity here, she’s learning how to live and let live. Why Am I Waiting? has a Kate Bush feel to it and you imagine that Elson could experiment even further with using the upper reaches of her voice in the future. Million Stars hints at Nashville, perhaps influenced by her adopted home. You wouldn’t catch her in a honky tonk or a dive bar though – there is something just too grand and otherworldly about the music for that.

Wolf mixes metaphors of drowning, devils and wolves. Despite the unease in the lyrics there is a quiet resolution in the voice – she knows the dangers are out there but she won’t make the same mistakes again. The extended saxophone solo is somewhat unexpected but these offbeat little touches are what makes this record interesting.

The finale Distant Shore casts Elson back out to sea. She’s free and happy, sailing onwards and not looking back. There are new places and people to discover, out among the waves. As you listen to this lovely melody you find yourself on the beach, happily waving her off.

Do not mistake this album as some kind of vanity side-project. Double Roses is a voyage of musical self-expression from a woman worth listening to.