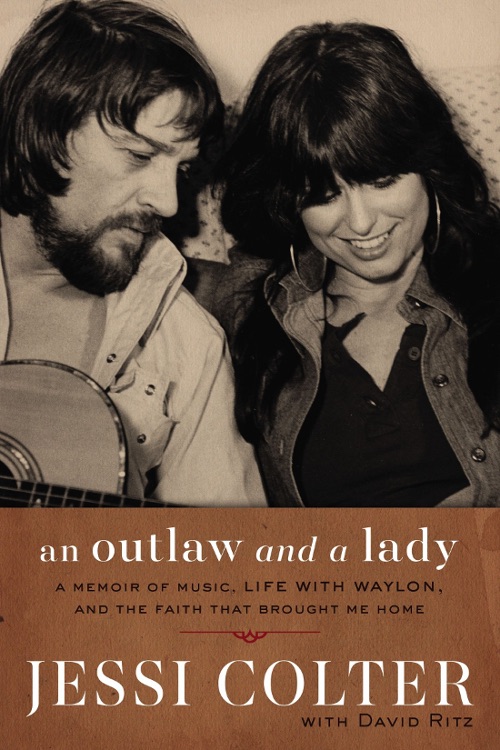 In her new memoir Jessi Colter tells the intriguing story of her life, love, family and faith. Of course she writes about her marriage to Waylon Jennings but what is also fascinating about this story is reading about Colter’s development as a songwriter.

As a child music came easily to Mirriam Johnson, as she was christened. She sang in church and local talent competitions, although she never had ambitions to make a career. As she writes:

‘Fame and fortune have never been fantasies of mine, no matter my age. I prayed only that my life continue to take an adventurous turn.’

And turn it did. She explores her first marriage to Duane Eddy, which was difficult but one that allowed her to mature and understand what she wanted from a relationship. During this time she wrote songs that expressed how she felt about this broken marriage, most notably the beautiful Cry Softly. Her talent as a songwriter was being recognised by others too, with some of her songs being recorded by Dottie West and Nancy Sinatra.

Then enters Waylon, with enough personality to burn down a room. For the next thirty years they were together, she loved him through all his addictions and indiscretions. This memoir is a beautiful testament to their marriage.

What this relationship gave her was the depth of emotional understanding needed to write great songs. She had a hit with I’m Not Lisa, which wasn’t exactly autobiographical but told the story of a woman struggling to keep her love alive as the memory of another woman haunts her relationship. It came from a dark place of doubt that she understood all too well but she wanted to transform into something else:

‘By the virtue of the power of their melody and message, great songs turn sorrow to joy.’

And this is also true of Colter’s best song, Storms Never Last, inspired by a magazine she picked up which told the tale of a tornado victim who had lost her home but declared that everything would be fine because ‘storms never last’. Jessi used the title to write a song for Waylon, who after hearing it he told her straight away it was going to become a success, a standard even. The lyrics tell the story of their love:

Oh, I have followed you down so many roads baby
I picked wild flowers and sung you soft sad songs
And every road we took God knows our search was for the truth
And the storm brewing now won’t be the last

It’s one of the most honest portrayals of a marriage you’ll ever hear on record. This really is for better or worse – enduring the bad is worth it if you really love each other. In 1981 they recorded a version for their album Leather & Lace and it’s so perfect as a duet. There are stunning versions on YouTube – one in the studio and another on stage. The quality of the video might be variable but the power of hearing these two sing this song remains timeless.

Hard living eventually caught up with Waylon and his health problems led to his premature death in 2002. Jessi sang Storms Never Last at his funeral in honour of the man who once sang about his wife ‘when they remember me, they’ll think of you.’

There’s an interesting moment in the memoir where Jessi recalls an interview with a journalist who was sure that Jessi had been a victim of her husband’s success, a woman whose potential was unfulfilled because of her role as a wife and a mother. Her response:

‘I haven’t sacrificed a thing. I feel incredibly blessed. I have a beautiful life.’

In fact you could argue that being with Waylon actually made her a better songwriter. Her adventure with him gave her everything she needed to understand life and love. As she says:

‘Writing was my way of crying of coping, of celebrating and mourning, of hoping and healing.’

And that really sums up what music can do – this is true for the listener as well. Read this memoir now and discover the story of a female songwriter worth remembering equally for her talent as much as her fascinating life.

An Outlaw and a Lady by Jessi Colter is published by TN Nelson Books and available to buy now.