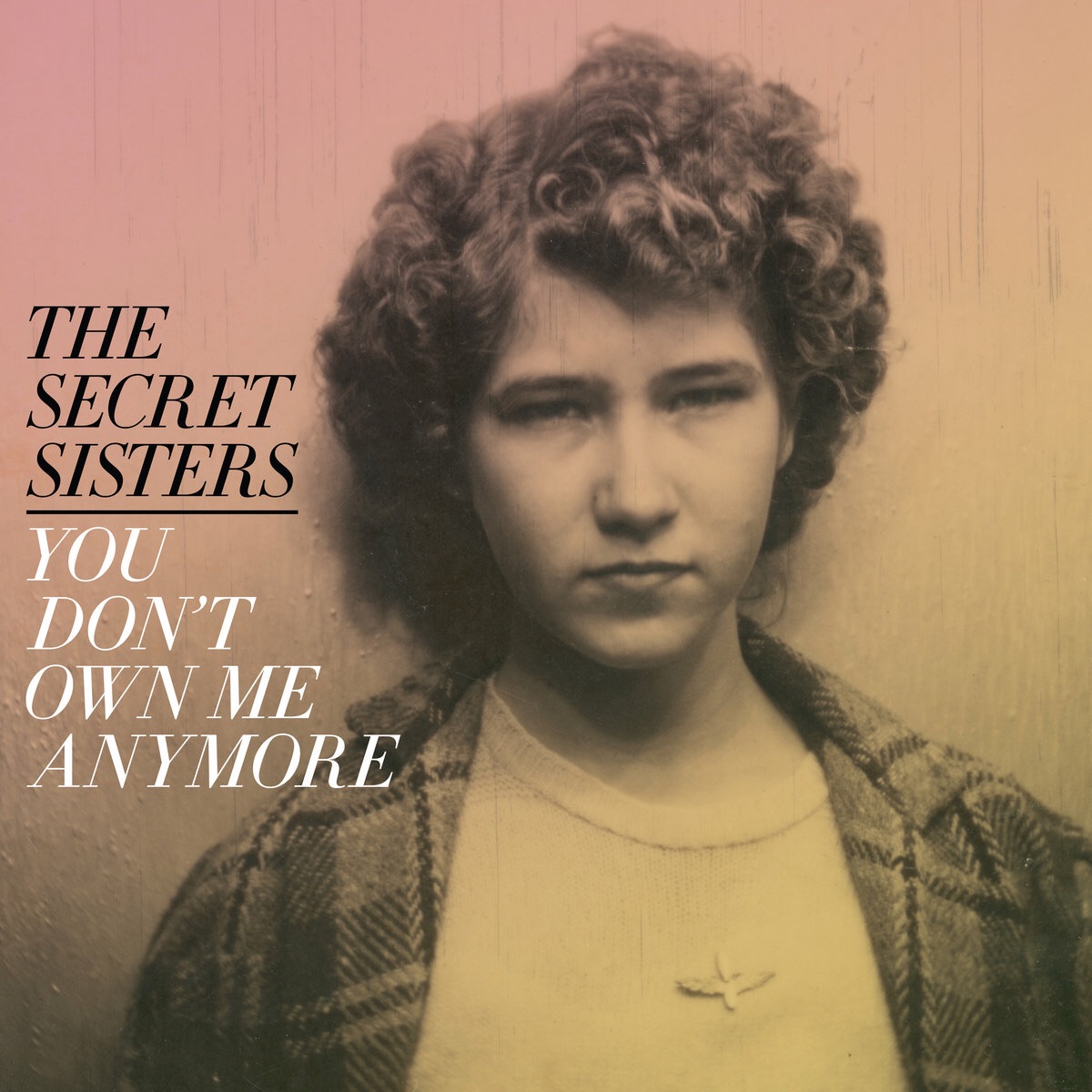 A few years back everything fell apart for The Secret Sisters and they endured a lawsuit and bankruptcy. Such hard luck might have signalled the end of their career but thankfully they took time to regroup and after a successful crowdfunding campaign have now signed a new record deal. You Don’t Own Me Anymore is an album that doesn’t dwell in woe but is instead the sound of a band reinvigorated, having learned life’s lessons the hard way.

The opening song Tennessee River Runs Low has a vintage old timey feel which runs throughout this album. This song uses the river as a metaphor for living – explaining how it’s just natural for things to ebb and flow over time. What matters is how you deal with life’s changes and these sisters are not going to let life drown them.

Carry Me is the most beautiful song on here, a warm heartbeat of Americana. It explores the need for protection and how scary it is to have to admit that you need help sometimes. If I keep on hiding, how will I be known, I keep telling myself that I’m better alone, when I fall…my father will carry me home. It could be a religious song, actually or just about family or anyone who needs some support to get them through.

King Cotton with its banjo line has real southern charm. It’s about longing, missing someone or somewhere but there’s such a happiness to it. Going home gives you that feeling sometimes, beautifully captured here. Little Again has a similar feel, full of nostalgic longing for the joys and freedoms of childhood.

He’s Fine almost makes you want to dance but then you realise it’s about being abandoned and rejected. It’s the story of when Jolene comes in and steals your man. He’s sleeping with her in a Tennessee town and he’s fine. It’s hard to cope with devastation but you got to keep going. Out on the highway singing your songs can give you some comfort – even if the audience are strangers maybe a song will help them understand what you’ve been through.

To All The Girls Who Cry is another heartbreaker. It’s alright to spend your night in tears, til the fire dies. Again this sounds quite vintage inspired and it’s really lovely. The sisters’ voices sound so great throughout this album and nowhere better than this song.

You Don’t Own Me Anymore explores the central purpose of this album – you sometimes have to break free to find out who you really are, who you want to be. The Damage could also be the title of this album, such is what this band have endured. They’re in pieces but at least that means the destruction is finally over.

I love the Lesley Gore classic You Don’t Own Me and this album feels like a modern update of that. In your personal life and career you have to reclaim control even when things look hopeless. Here The Secret Sisters are taking back their band, their lives, their sound and it’s just a joy to hear them sing again.