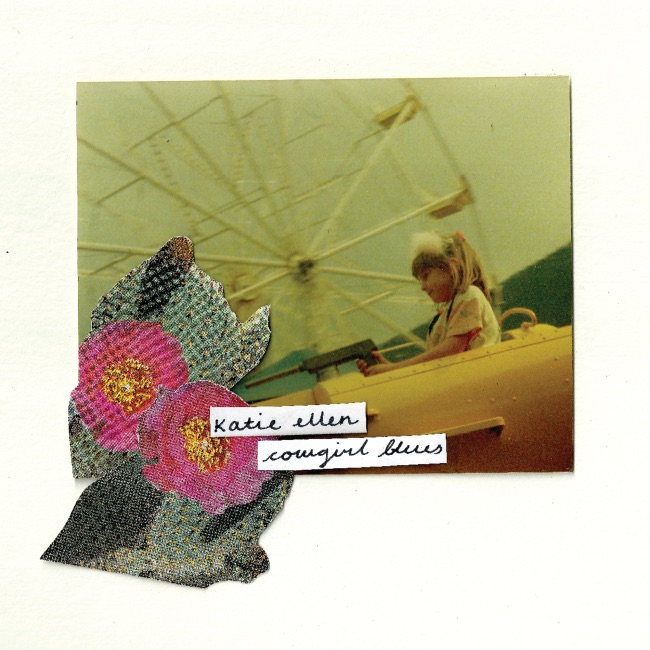 Even cowgirls get the blues, so the story goes. Sometimes you have to pack up your life, hitchhike across America and move to a ranch to find yourself. Okay so that’s just the novel but the idea is clear – starting over can be liberating. After her band Chumped went on indefinite hiatus Anika Pyle had to begin again. She wrote some new songs, teamed back up with drummer Dan Frelly and together they took the name of her great grandmother Katie Ellen to release this excellent new record Cowgirl Blues.

The need to escape, to run and hide is a natural instinct, especially when things go wrong in your life. In the 18th century where I was wishing I was living, Pyle sings in opening song Drawing Room, conveying a sense of detachment from the world. This starts as a simple girl and guitar tune but you feel the emotion increasing as the music starts to thrash towards the end. It’s a powerfully personal beginning to an album that never shies away from telling the difficult truth.

Lucy Stone was revolutionary feminist who refused to take her husband’s name and the song of the same name also rejects tradition notions of female roles. The societal norm of having marriage and children is attacked in this song but there is anxiety here. Some women might have changed their views on marriage but not everyone has caught up, especially not men. I did kind of ruefully laugh when I heard the line I don’t believe in getting married it’s a social and economic prison, so nice it was to finally hear someone sing the truth. Love is not enough, she sings sadly but there’s still a sense of freedom in the music here.

The song Proposal is the hardest thing to listen to on this record. It’s a simple expression of confusion and pain, cursing over and over again until the word ‘fucking’ begins to lose all its impact and meaning. This song, in cassette tape terms, is the end of part one. It’s a low, but after you’re finished singing maybe it won’t hurt you anymore.

The second half begins with Sad Girls Club and I want to be a paid up member on that title alone. Then I read the manifesto which says this club is a place ‘to find courage in vulnerability, to embrace the radical potential of feelings and to invoke the qualities of the feminine in all people so that we might create a kinder, fairer, gentler world where we are not afraid to feel.’ Unsurprisingly the song is the saddest/best thing on the record.

Han has a nice Rilo Kiley vibe to the sound. It’s central idea – there’s a thousand different ways to say you’re sad in Korean, reminds us that expressing ourselves, saying what we feel, through a song or whatever is the only way to recover. Houses into Homes is a great little pop punk breakup song, both sad and happy at its core. Maybe it didn’t work out, maybe they’re with some other girl but that doesn’t mean you can’t write them a song (or ten).

The final song, Bleeding Hearts, starts fuzzy, she’s far away and dreaming of slitting her own throat and cutting out her heart. The violence of this image is shocking, but that’s just how she feels. But this album doesn’t finish in misery, instead the bleeding heart is planted in the ground. As the music fades out all you can do is listen and admire the blossoms that have grown as a result.

The aesthetic of this project is stunning and the artwork is what initially drew me to listen to these songs. Old pictures are layered with added paper and flowers in a DIY style. The collages have the kind of attention to detail that many indie bands seem to have forgotten about in the digital age. Plus the covers just look so feminine and pretty, which is enough for me.

Cowgirl Blues proves that sad girls might not make good wives but they make damn good records. Lasso this one in, it’s a keeper.