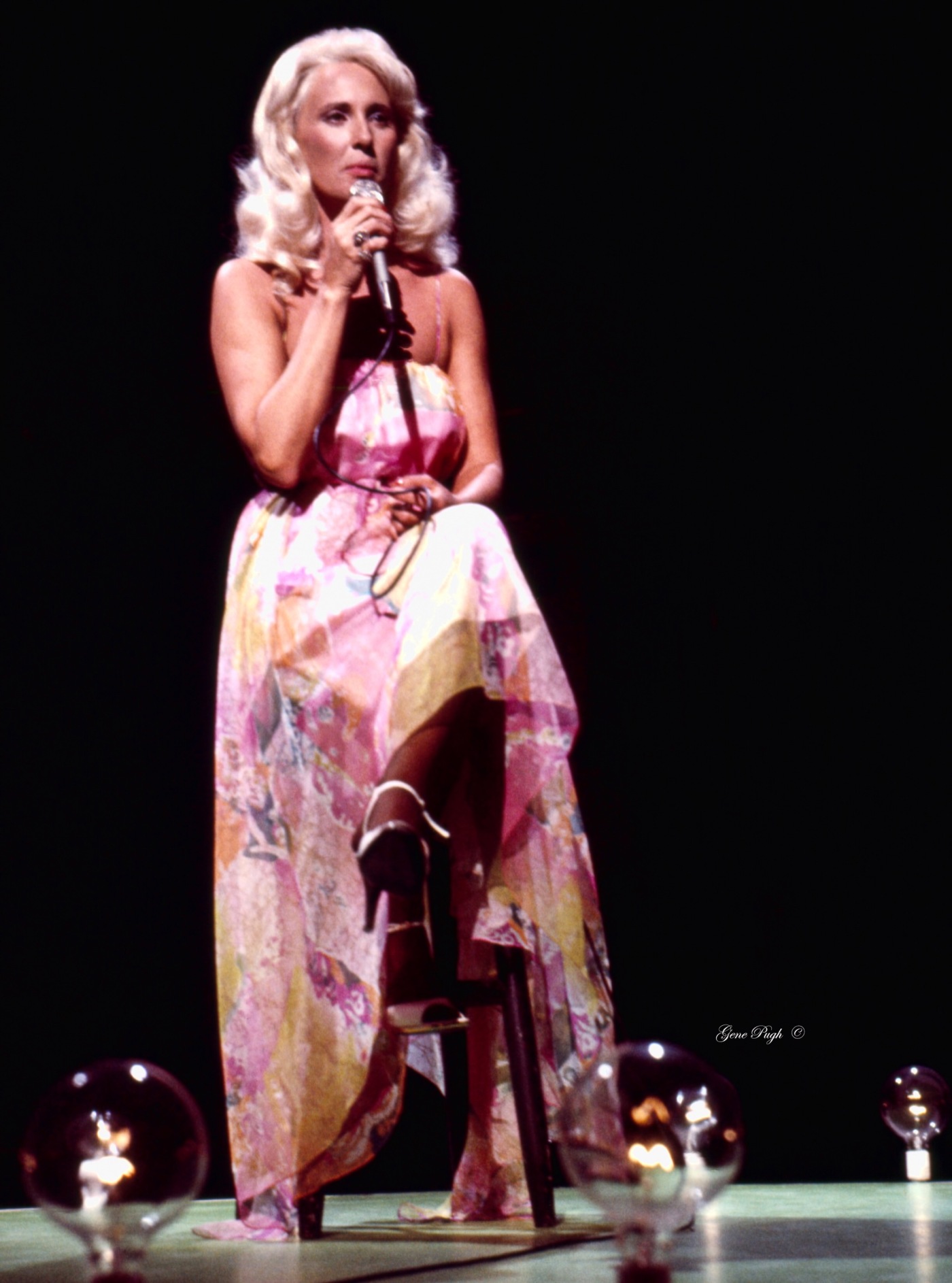 Released in 1976 Tammy Wynette’s fifteenth album ‘Til I Can Make It On My Own’ includes some of her best vocal performances (the title track was Tammy’s personal favourite song to sing) but also features the overlooked gem The World’s Most Broken Heart, a song whose lyrics now seem to be a concise commentary on her own life and method acting singing style.

The World’s Most Broken Heart was written by Fred LaBour (still performing as a member of Grammy winners Riders in the Sky) and Troy Seals, appearing first on Seals’ solo album ‘Presenting Troy Seals’ in 1973 (credit to this album for inspiring my title for this piece). Seals did not find success as a solo star, although he went on to be inducted into the Songwriters Hall of Fame for his work on songs like ‘Seven Spanish Angels’. His version of ‘The World’s Most Broken Heart’ can be heard on YouTube – it is a powerful and dramatic performance, and you can instantly understand how this song would have appealed to Tammy. In fact it’s astonishing that this song was not written by and for Tammy herself, such are the eerily autobiographical lyrics.

The song, like the majority of this album and Tammy’s catalogue, is a ballad. Her biographer Jimmy McDonough identified this choice as central to Tammy’s success:

I have a theory that great artists learn how to do one thing great. In terms of a slow, sad song, nobody could rip it up like Tammy. She is just unrelenting.

Nowadays it is unusual, unheard of even, for a country star to release an album mainly consisting of ballads, which seems like a lost opportunity to continue in Tammy’s footsteps (especially considering Adele has managed to fill stadiums by just standing still and singing slow). Tammy too had the voice to keep her audience in a vice.

The World’s Most Broken Heart begins with just Tammy’s voice inviting us to step right this way as though she is the usher at a theatre, maybe we are even at the Ryman Auditorium itself. We take a seat for the performance and feel instantly at home in the song. We may be lovelorn, despairing souls here to listen to someone who understands what we’ve been through or we may be voyeurs, intrigued by someone’s else’s pain. Either way the music is warm and rich – the band majestically swooping behind the vocals which announce the main attraction in the centre of the room.

Tammy’s legacy may live in the shadow of her most famous song and her complicated personal life but her talent as a performer is without peer in country music. When Dolly Parton heard her sing live she was incredulous, saying:

I could not believe that all of that voice and all of that sound was coming out of a person standing totally still. I was in awe of her. Thought she had one of the greatest voices of all time.

Listening to this album and song in particular, few could dispute the claim.

So what made Tammy such a powerful singer? Many have said that her vocal range was actually limited compared to some of her peers and despite contributing to some of her hits, songwriting was not central to her appeal, like Loretta or Dolly. This song goes some way to explaining her talent when Tammy sings the line, she walks, she talks, she cries real tears. On stage Tammy would often appear as though she was on the edge of a breaking down, the pain clear in the way she sang every syllable. Tammy herself said: ‘I believe you have to live the songs.’

Tammy’s performances may have been a show but the declaration that she was the world’s most broken heart wasn’t far from the truth. Her personal struggles are well documented: childhood trauma, failed marriages, poor health and addiction problems led to her death at age only 55. Her biography was called Tragic Country Queen, even though she lived a lot longer than say Patsy Cline and was a stratospheric success, selling millions of records. Her attempt to live out the tragic heroine role was a form of method acting through music. In the country genre, famously selling itself on the on the importance of three chords and the truth, there was no place for artifice.

As Tammy sings of her love gone bad that causes her sleepless nights and her body to ache the audience must be thinking of her tempestuous relationship with George Jones. The couple had split up in 1975, just before the release of this album and could have been a factor in her choice to record this song. As they watch her sing her own story, it’s as though she has disappeared and left behind nothing but the broken heart itself: shaking in the spotlight, bruised and barely beating.

The next verse opens with the declaration she’s not a fake, as though answering mythical critics who questioned her authenticity. She declares that her pain is 4 Real, as brutally as though she had carved it into her skin and was bleeding on stage. To be as exposed as this takes guts and a willingness to sacrifice yourself for the sake of the song. Tammy declares her dreams are shattered every show as though singing these songs are the constant reminder of her own romantic failures – a trap she created for herself.

The importance of this song as performance art can be underlined by the use of the third person throughout. The original version is from the man’s point of view so it was a deliberate choice to change to the female pronoun. Tammy sings she’s the greatest wonder of the world as though she is observing herself sing, like an out of body experience. This song could also be interpreted as being from the point of view of an audience, who see suffering and appreciate someone giving their own pain a name or thank the grace of God that their troubles are not so severe.

Philosopher Nietzsche believed that suffering itself is what gives life meaning and makes us human. You have to embrace suffering and that to deny it is to deny your humanity. He also understood the close connection between suffering and success:

Examine the lives of the best and most fruitful people and peoples and ask yourselves whether a tree that is supposed to grow to a proud height can dispense with bad weather and storms; whether misfortune and external resistance, some kinds of hatred, jealousy, stubbornness, mistrust, hardness, avarice, and violence do not belong among the favorable conditions without which any great growth even of virtue is scarcely possible.

Perhaps only because Tammy lived such a life was she able to grow into the performer she became. To reach the heights creatively and in terms of vocal performance she had to endure the catastrophic consequences.

To listen now to The World’s Most Broken Heart is gut wrenching, despite the years that separate us both from this song and Tammy’s death. Yet to only refer to Tammy as a tragic figure feels insulting and belittling to her illustrious career. Tammy’s performances were deliberate, as was her choice to record this song, intentional in their attempt to use emotional honesty to keep her audience spellbound. She may have been The World’s Most Broken Heart but only because she channelled her own life to create performances grounded in human truth.

2 thoughts on “Presenting Tammy Wynette: The World’s Most Broken Heart”