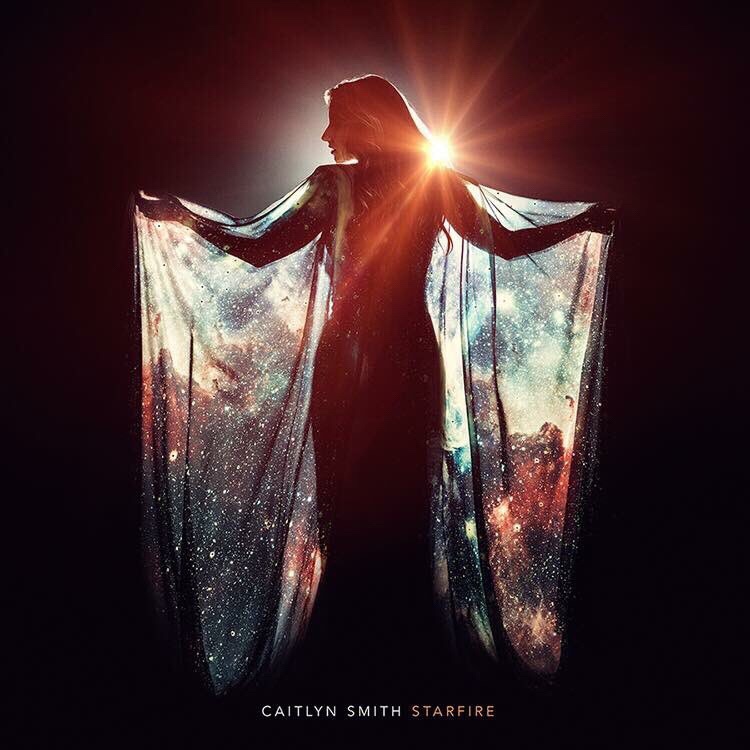 There’s been some brilliant albums by renowned Nashville songwriters released recently, as though now is the time for the real talent to step out from the shadows. Albums by Natalie Hemby, Lori McKenna and Liz Rose were quiet, understated affairs but Starfire by Caitlyn Smith has the confidence and bravado of a true performer, with vocals so stunning you find yourself thinking back to the first time you heard Chris Stapleton in terms of the command she has of her instrument. How this woman is only now releasing her debut album when she’s in her thirties seems utterly incredible.

Starfire combines a wide mix of influences and sounds, perhaps a reflection of the diverse set of artists Smith has worked with in the past. There’s hints of country, bombastic soul, orchestral beauties, gospel reaches and even jazz contained within these twelve shimmering tracks. Opening with ‘Before You Called Me Baby’ this sweet love song builds slowly before exploding into a rocking showcase of her vocal range. Do You Think About Me is another sultry serenade, which has a swirl of country instrumentation. The rawness of the vocal sound keeps this from descending into schmaltz. These are the kind of songs you imagine Kelly Clarkson wishes she could sing, instead of all that awful electropop garbage she’s been given recently.

The title track is edgier, in a Southern classic rock kind of way. You won’t burn out this star fire, she roars and you feel like she’s singing about her whole life. You need grit and self belief to become a success, sometimes talent just isn’t enough. East Side Restaurant takes things down, introducing these orchestral sweeps which are a feature of the album. There’s a melodrama to this song and it’s perhaps the one moment on the album where the vocal is pushed beyond its limit. Don’t Give Up On Love and St Paul feel more like contemporary pop songs, and since Caitlyn has written for Meghan Trainor this album is a strong reflection of those aspects of her songwriting skills too.

Conversely This Town is Killing Me proves she can do quiet confessional Americana as well as anyone. There’s a line or two on here that took my breath away, such is the brutal honest truth of the personal sacrifices made in order to succeed in this business. Tacoma is a soulful ballad with strings that add a lush texture to the story (this song was previously recorded by Garth Brooks). Scenes from a Corner Booth... uses a little slide guitar to tell us about a typical barroom drinking experience.

This leads us into Contact High – a pop song sure, but with a raw vintage rock style more reminiscent of Janis Joplin than anything currently in the charts. Her performance on Jimmy Kimmel was all glitz and guts – coming off like she always knew she belonged in the limelight and finally had the chance to prove it. When you can sing like this all you need are the right songs and Contact High is outstanding.

The final song Cheap Date is a nice slice of reality, an ode to staying in. A jazz influence can be heard on this simple piano track which captures the contentment of true love. Such musical versatility is evident throughout the album. It’s impossible to categorise an artist like this and that might count against her but it shouldn’t.

On Starfire Caitlyn Smith finally gets to stand in the spotlight and with her glorious show-stopper of a voice don’t be surprised if she burns this whole place to the ground.