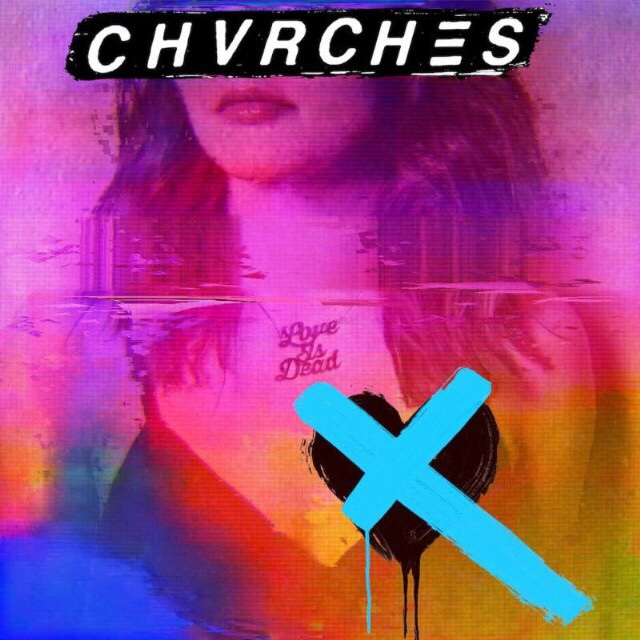 This week Lauren Mayberry from Chvrches responded to a negative review the band’s new album received from Stereogum by posting a long reply on social media. In the post she discussed her own experiences as a critic and expressed her frustration at the writer’s condescending take on the album, before asking ‘If you shit on something and the people who make it, then ‘pin’ it to your profile what does that say about you?’ As a blogger that question, and also a recently published anonymous article about the mental health of artists, got me thinking about the role of the critic and the problem with negative reviews.

So let’s start with the review in question, a discussion of Chvrches’ new album ‘Love is Dead’ written by Chris Deville, who indeed has pinned this review to his twitter profile. His review was lengthy and began with an attempt to prove the fair point that third albums are notoriously tricky to get right. He obviously has some underlying agenda about what is ‘cool’ or ‘hip’, exposed in how he talks way too much about The Strokes, but he does compliment Chvrches and their prior work, which is something. BUT you just know a BUT is coming. There’s more than a whiff of snobbery to the way he complains about how this album is more ‘pop’ than before, mainly because the band have chosen to work with an outside producer for the first time, and Greg Kurstin at that. The review then tears into many of the songs calling them ‘awkward’, ‘simplistic’ and ‘irritating’ before going for the jugular claiming this album is geared for ‘maximum profit and exposure’ and comparing them to Soundcloud ‘careerists’.

You can understand how Lauren took this personally, even if some people might think musicians shouldn’t respond to their critics. Artists do have the right to respond to negative reviews, this isn’t ‘whining’ but a legitimate defence of who they are and their art. Of course anyone has a right to dislike something but there are points in this review that are extremely unfair.

Firstly, I’m immediately doubtful about how anyone could think this album is an attempt to go ‘pop’ for ‘maximum exposure’ since it’s called ‘Love is Dead.’ Not exactly a title you’d find on the average Little Mix or One Direction release now is it? And compared to say Paramore, who recently ditched guitars in favour of synths, Chvrches have always used heavy beats and electronic music. This album retains their dark brand of synthpop, with new elements added which to me sound like experimentation rather than some kind of calculated move towards the mainstream.

Opening song Graffiti is a dizzying love song, an ode to a lost relationship, which could fit on any of their previous albums. I just don’t hear how this song is somehow a huge sonic shift at all. ‘I’ve been waiting my whole life to grow old and now we never will’, are lines which just feel so poignant and perfect, especially after the last few weeks in Scottish music. Single ‘Get Out’ is a brooding song with a beat that drills home her sense of uncertainty. Sure the chorus uses that repetitive hook of ‘get out’ but that’s exactly what this band have always done (see ‘Bury It’).

My Enemy with The National’s Matt Berninger is a slow burning moment of electronic melancholy, its vulnerability echoed on the haunting ‘Really Gone’ towards the end of the album. The contrast between Lauren’s voice and the music is what has always attracted me to this band, and on songs like these you feel she has only grown in stature as a singer and performer.

Deliverance is one of many songs on the album which use religious imagery as their central metaphor (see also Miracle, Heaven/Hell and God’s Plan). Even if you don’t like what the band are doing here there’s depth to the lyrics, interesting ideas about life and relationships contained within these songs. They feel authentic and genuine to me as anything they’ve ever done.

Graves too is already one of my favourite songs by the band, inspired by the refugee crisis. As Lauren said in her post she’s out there trying to be a part of the resistance, trying to sing about things that matter. The review seems to suggest that because she doesn’t offer ‘solutions’ to the world’s problems she should be mocked for her attempt.

Some people might think she should just ‘toughen up’ and accept the criticism, after all he isn’t the only reviewer who hasn’t liked this album. But the problem I have with this review is that he is questioning aspects of the band’s character and purpose rather than focusing on the music. Character assassinations disguised as music reviews can be seriously damaging to an artist. I was truly shocked when I recently re-read the Pitchfork review of ‘Painting of a Panic Attack’ by Frightened Rabbit, at how coldly and callously the reviewer questioned the legitimacy of someone’s mental health. In hindsight it feels almost criminal.

Maybe the trend towards positive reviews has done us all a disservice, so when you read something negative you immediately react. Or maybe the trend towards fairer, balanced reviews actually exposes negative reviews like this one as fundamentally wrong. I felt like that about the recent Uncut review by Stephen Deusner on Courtney Marie Andrews, a truly baffling assessment of a wonderful album by a promising young artist.

Personally I think it’s a good thing that music tends to be rated higher on metacritic than films, restaurants, books etc on their equivalent rating sites. Surely this means that people enjoy listening to music much more than other activities and are generally less negative about their experiences? Shouldn’t that be something to celebrate and not bemoan? There’s not a tick list of what has to be done right in music – anyone can hit every note and play perfectly but that doesn’t make an artist. That’s why music is so fucking special.

And look I’m not saying all music is perfect and wonderful either but there has to be a kinder way to express your doubt. Constructive criticism has a place. Genuinely thoughtful appraisal of what an artist could do to improve is always welcome and there are some people who are skilled at writing such reviews. You can discuss the negative side of music with good humour and grace, without letting your hipster (or whatever) agenda cloud your judgement. And satirical humour is always welcome, if done with intelligence.

Personally because a bad review can be so much more damaging than a positive review I do think there is a case to be made for amateurs and online critics concentrating on promoting what they love. I spent my teenage years sneering at pop stars and snarkily taking down people’s favourite music to their faces. It was pretty obnoxious behaviour which I’m ashamed of. Why crush people’s joy? Even the few negative reviews on the blog I have written make me feel queasy and I have decided to avoid these in the future. To be fair I’m not perfect and I constantly check myself to try to stop my nastier, bitchier instincts from taking over. Sometimes I fail (sorry Ed Sheeran). This week alone one of the major new releases is by an artist who I genuinely cannot listen to because I hate her voice, but why would I write a whole album review about that? What good does it do at all?

Of course there is some genuinely bad music is out there: offensive, brain dead, calculated crap but again isn’t it all ultimately subjective? You really don’t need to write a character assassination every time someone releases music you don’t like. We need to use our voices to promote what’s good or even just promising. Give an artist a chance.

Amateur reviewers have nothing to lose. They can say what they want. But the artist does have something to lose, and we should never forget that they are real people, with real feelings. Even Ed Sheeran.

So in conclusion I highly recommend this Chvrches album and I’m looking forward to seeing them this summer. I’ll leave you with a good rule for music critics and the world in general: If you ain’t got nothing nice to say don’t say nothing at all.

16 thoughts on “On Chvrches & The Problem With Negative Reviews”