‘Ode’ was influential because it was so different than other songs which reached the top of the charts at the time. For a start it was a slow, mournful song about suicide. It actually knocked ‘All You Need is Love’ by The Beatles off the top of the charts and there really could not be two more dramatically different songs. There was no peace, love or understanding on this moment of Southern gothic drama. When the narrator finds out about Billie Joe’s death her family offer her no comfort, she must suffer alone. The song clocked in at over four minutes long, with only two chords, some strings and no chorus, and these features are why it went on to become so significant – it gave others the chance to experiment, knowing that such a song could still become a hit but also influenced the kind of stories women were able to sing.

Here is a brief list of some songs on which you can hear an echo of Bobbie Gentry’s ‘Ode to Billie Joe’. 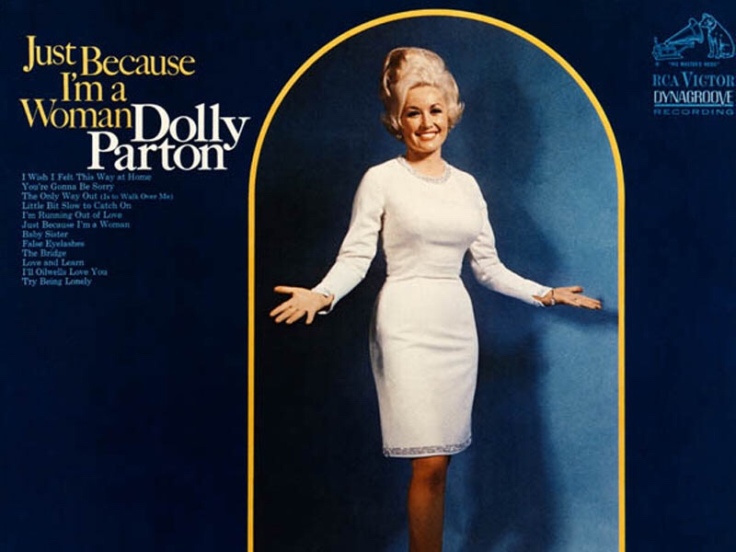 Since I started my project to listen and review all of Dolly Parton’s albums what has been most surprising is just how dark some of her early songs really are. Suicide is a recurring theme in Dolly’s work – no doubt inspired by Ode to Billie Joe. The most obvious parallel is ‘The Bridge’ since it uses the same location for its dramatic unravelling. In the song the main character meets her love on a bridge most nights but when passion overtakes them she ends up pregnant and he abandons her. As the song heads to its conclusion the character moves closer to the edge of the bridge and the song fades out, she sings ‘here is where I’ll end it’, throwing herself into the murky waters below. By taking on the point of view of the suicide victim, Dolly has used the song as a way to explore the problems women face. It lacks the mystery of Billie Joe’s story and wasn’t a hit but it shows that Bobbie’s stark style influenced many of Dolly’s dark classics – also see Evening Shade, Down From Dover and Gypsy, Joe & Me.

The success of ‘Ode to Billie Joe’ was important for mainstream country music songwriting, and also encouraged more women’s stories to be heard on the radio. Its influence is clearly found on songs like ‘Carroll County Accident’ by Porter Wagoner, a chorusless tale of death and adultery and on ‘Delta Dawn’ by Tanya Tucker, a story of an aging woman abandoned by her lover.

The most famous example of how Ode to Billie Joe affected the country charts is found in ‘Harper Valley PTA’, a song about a woman’s experience of dealing with small town hypocrisy. The songwriter Tom T. Hall actually sat down in an effort to write a song like Ode to Billie Joe, after a request from singer Margie Singleton. The melody and structure of the song is very similar to Gentry’s, who received no credit. Harper Valley PTA was eventually recorded by Jeannie C. Riley and went on to become one of the biggest hits in country music history.

Another similarity between these songs is that they both inspired movies of the same name – such was the dramatic potential contained in their narratives. The podcast Cocaine and Rhinestones has episodes covering both Bobbie Gentry & Harper Valley PTA if you want to find out more.

Lucinda Williams has written specifically about what she admires about Ode to Billie Joe, which gives us a real insight into how this song has influenced her own music. Elements Lucinda identifies are how the story is told in a conversational way, the theme of family, the setting of the South with references to specific real life places and how it doesn’t fit into any traditional understanding of country and western music. Bobbie is an outlier, just like Lucinda. She goes on to express her admiration for its bluesy style, the lack of an obvious structure and how its minor notes mean it ‘doesn’t sound bright or pretty’. And that’s the real source of inspiration for Lucinda: Bobbie’s smoky voice. It was unusual then, and now, to hear a woman’s voice that was lower in register and it gave Lucinda confidence in her own range.

Gentry’s lyrics were more like short stories and Williams also takes a more literary approach to her songwriting. The connection between the artists can be found in the lyrical, southern gothic storytelling of Pineola from her album ‘Sweet Old World’. This song too explores a woman dealing with the suicide of someone she knew and the unsympathetic attitude of her parents. There’s mystery to this song too – why did Sonny shoot himself? What is his relationship with the narrator of the song? Lucinda’s song was partly inspired by the real life death of poet Frank Stanford and the horror of his death haunts every moment of the song. Just like in Billie Joe, Lucinda conveys a feeling of numbness mixed with grief and guilt. This song was placed on Time Magazine’s 100 Songs of All Time (an interesting list, even if it does exclude Ode to Billie Joe).

Sheryl Crow – ‘We Oughta Be Drinkin’

Earlier in her career Crow identified Gentry as a key influence on her eponymous second album, saying she had listened to her over and over during the recording process. The dark and brooding collection of songs were an attempt by Crow to imagine what Bobbie Gentry would have sounded like in the 90s and, while somewhat patchy in quality, songs like ‘Home’ and ‘The Book’ certainly capture a similar mood.

So when Sheryl Crow released her first country album ‘Feels Like Home’ in 2013, you could argue she was just making official an influence she’d had all along. Sheryl’s biggest hit ‘All I Wanna Do’ was a drinking song with pedal steel all the way through and she wrote most of her music on a 1964 country and western Gibson guitar. However those hoping ‘Feels Like Home’ would be a collection of dark southern gothic Gentry-inspired tales are to be disappointed though, as it’s mostly an upbeat mainstream affair. The song ‘We Oughta Be Drinkin’ does owe a debt to Ode to Billie Joe, opening with the same guitar part. It then become a typical country drinking song, but Sheryl’s slow languid singing style clearly echoes Gentry.

Rilo Kiley’s brand of indie rock always had a softer country folk side, heard on songs like ‘With Arms Outstretched’ and ‘More Adventurous’, so when their lead singer Jenny Lewis decided to record the first album under her own name many of these influences finally took centre stage.

On the title track of ‘Rabbit Fur Coat’ Gentry’s influence is heard in the sparse, stark repetitive musical style. There’s no chorus or relief to be found and the Watson Twins, who feature on the rest of the album, are absent. Like Ode to Billie Joe, this is a singular song, delivered by a lone female voice. Lyrically it explores the life of Jenny’s mother and their relationship, covering themes of class, gender, drug addiction, the impact of being a child star and the cyclical nature of fate. On this song Lewis proves herself one of the best lyricists of our generation and a talent more than worthy of continuing Gentry’s legacy.

Below is a playlist of the songs mentioned above and some others who owe a debt to Bobbie Gentry. If you have any further suggestions please let me know.

This is the first post in an occasional series which will consider the influence of songs & albums by women on other artists.

4 thoughts on “Under Her Influence: Songs Inspired by Bobbie Gentry’s ‘Ode to Billie Joe’”