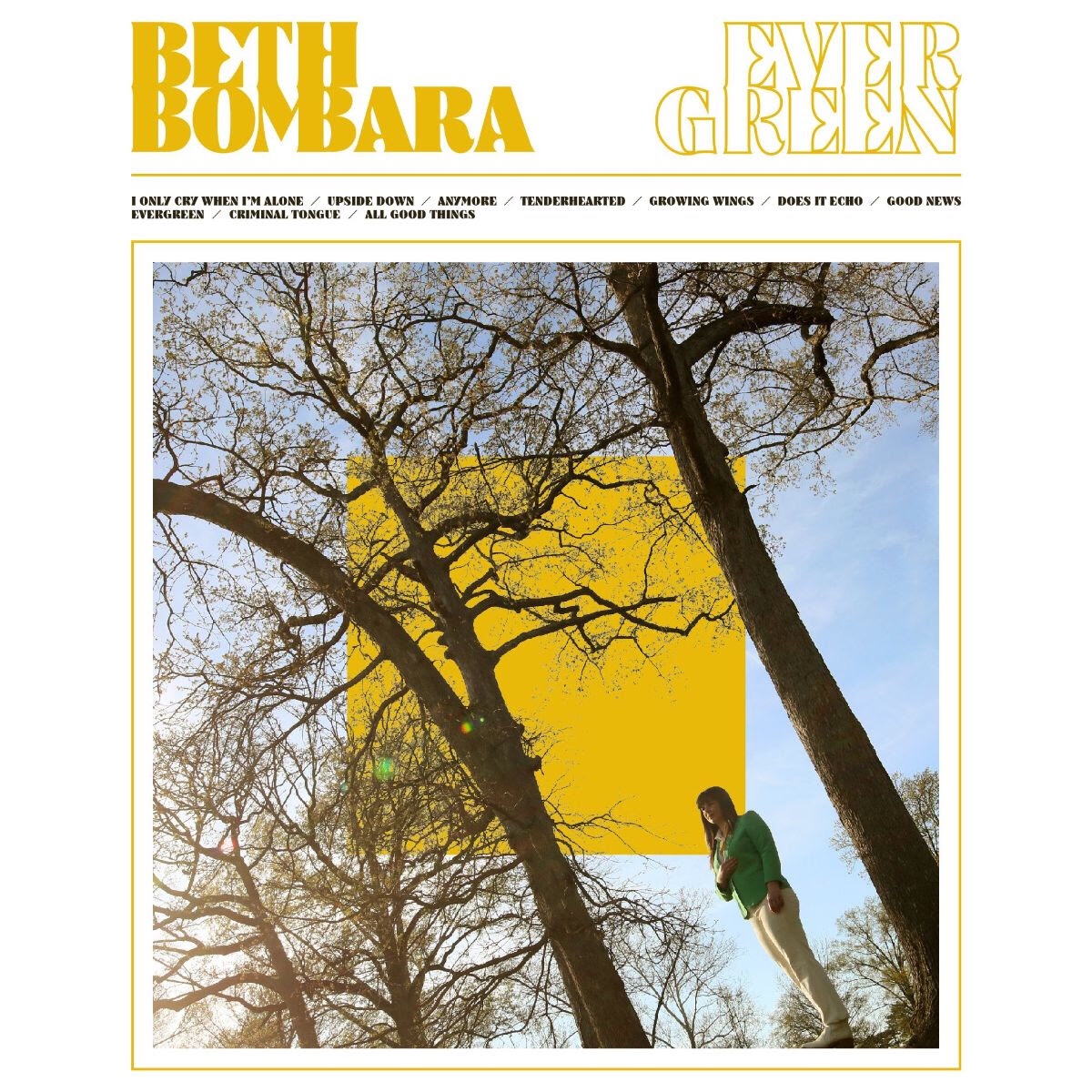 Beth Bombara’s new album Evergreen was named after a cabin in the Rocky Mountains where she went to escape after a hard touring schedule. There the seeds of this album began to grow – she has described how songs came to her as naturally as how ‘trees exhale oxygen’. Trees also appear on the cover of this album, with a bright yellow patch of colour behind them. The songs on this album reflect those images – rootsy and raw with a ray of light shining through.

Opener I Only Cry When I’m Alone sets the tone both musically and lyrically, with some cool sounding guitars and a brave admittance of her own insecurities and demons. Such introspective and thoughtful songwriting is present throughout the record. On songs like Upside Down and Criminal Tongue, Bombara and her excellent band create a strain of Americana-infused rock which sounds really fresh.

Anymore has a darker tone, suiting the brooding and lived-in sound of her voice. Title track Tenderhearted is direct and honest in the way the best love songs always are.

Growing Wings continues in the same way, asking us to consider the state of the world. Does It Echo takes things down a little, creating more murky and morose sound. There’s some sweet rock and roll on here too like Good News. Title track Evergreen is a quiet storm of a song. The album finishes on the piano with All Good Things, an ending that’s melancholy and yet optimistic too.

Beth Bombara has produced an album of rich Americana, perfect for this end of summer slide into autumn. Evergreen showcases an artist who is one to watch in the genre.