‘Pure & Simple’ is an album dedicated to Dolly’s mysterious husband Carl Dean, a man who has kept himself out of the spotlight for her entire career. The songs Dolly has written about him in the past include ‘Jolene’ and ‘Just Because I’m A Woman’, neither of which paint him in an entirely flattering light. To do an album of love songs in the year they renewed their vows is a tribute to the longevity of their marriage, while also offering Dolly something different in terms of theme at this point in her career. 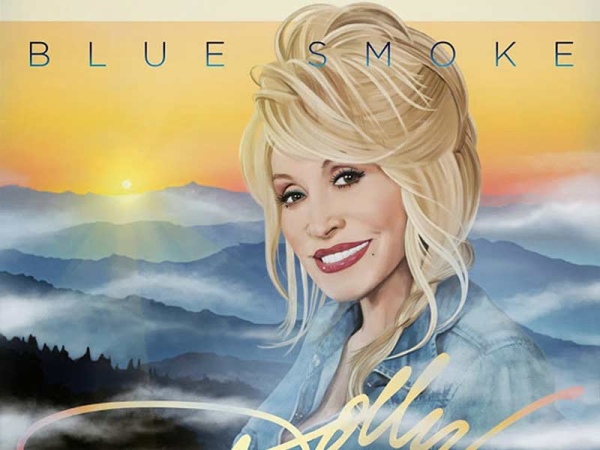 A couple of years back I made a running playlist of Dolly Parton songs, my favourite of which is the title track from this album ‘Blue Smoke’. My running route included quite a large hill and so this song would usually come on just at the point I was ‘climbin’ up the mountain’ and I found it always gave me the motivation I needed to keep going. The tune is one of Dolly’s most underrated songs, about leaving behind your old life and never looking back. A simple bluegrass arrangement that suits Dolly so well and one of her catchiest melodies – so catchy that the Glastonbury crowd picked it up almost instantly despite it being unfamiliar to most of them when she played it there.

‘Better Day’ was Dolly’s 43rd solo album and came three years after the fantastic return to form that was ‘Backwoods Barbie’. Some of the songs on ‘Better Day’ were written for the musical version of ‘9 to 5’ which Dolly had been working on around this time. The intention of the album was to be an uplifting collection of songs, all written by Dolly, that would help people escape from their troubles.

Released a couple of years after the abomination that is ‘For God and Country’ this was Dolly back on safer territory, with a cover album of country and pop songs from the 60s and 70s. The musical style was back to the bluegrass sound which had been so successful and features many guest artists including Norah Jones, Lee Ann Womack, Kris Kristofferson, Alison Krauss, and even the return of her old friend Mr Porter Wagoner.

In an interview around the time of this album Dolly stated, ‘I’m not a bit political, but I’m extremely patriotic’. This is somewhat contradictory statement on its own terms and after listening to For God and Country it appears to be a flat out deception on Dolly’s part. This album is the most overtly political statement of Dolly’s career.

Run Rose Run is a unique album in Dolly’s discography, being released simultaneously with a novel tie in of the same name, co-written with James Patterson. Essentially this is a novel (and soon to be a movie) soundtrack. Dolly has been working hard expanding the Dollyverse and promoting these two projects with multiple events online and even in person at South by Southwest.

END_OF_DOCUMENT_TOKEN_TO_BE_REPLACED

Dolly’s final instalment of her bluegrass trilogy marked a shift to a lighter, more personal sound, a subtle move mirrored in the glamorous cover picture and the fact that the songs, bar two covers, were all original solo writes. Bluegrass goes pop, Dolly style. END_OF_DOCUMENT_TOKEN_TO_BE_REPLACED 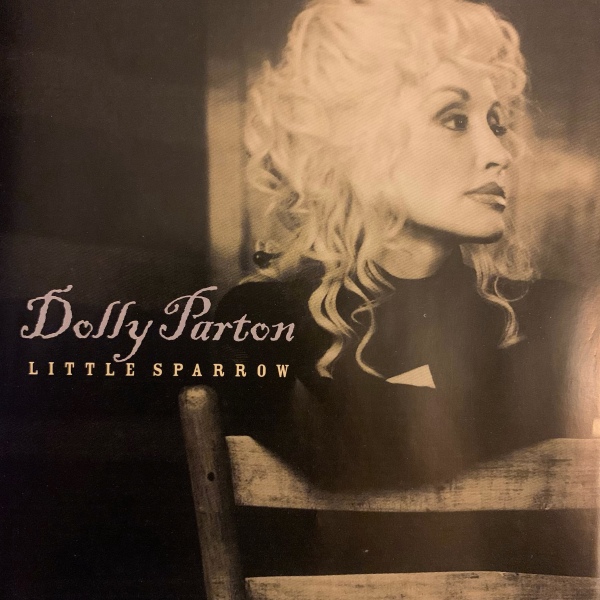 On Dolly’s album ‘Eagle When She Flies’ the sparrow of the title song was broken, small, defeated in comparison with the soaring majesty of the bird of prey. Here on her second full length bluegrass album Little Sparrow, the title track takes that idea further with the sparrow as a symbol of femininity, fragility, which men ‘crush’.

‘The sorrow never ends,’ Dolly sings with an understanding of the tragedy of a woman’s life. Musically this melody was adapted from an old folk song. Her voice is quietly hushed, the music a haunting tale of heartbreak. She has a confidence in her vision on these albums and with the help of the excellent band she realises it with stunning authenticity and immediacy.

The photos for this album were shot by Jim Harrington who recalls that Dolly wanted a ‘grittier…back-to-her-roots’ aesthetic. He shot the pictures in a cabin outside of Nashville, creating an eerie out of time kind of atmosphere. Dolly leans on the ‘blue’ of the genre here, singing a darker, more reflective take on the genre. In fact Dolly called the album ‘blue mountain music’. END_OF_DOCUMENT_TOKEN_TO_BE_REPLACED

In her memoir ‘Pilgrimage to Dollywood’ writer Helen Morales sums up the appeal of Dolly’s theme park concluding that it ‘has taken elements of America and distilled them into their essences: God, family, patriotic pride, country, nature, memory and optimism.’* Here we also find a perfect list to sum up the values of Dolly herself which have allowed her to maintain a strong core fan base in America’s rural and conservative heartlands despite her concurrent foray into glitz, glamour, Hollywood, pop music, cosmetic augmentation and progressive causes.

And so this album Precious Memories is one designed for her heartland base and in fact could only be purchased at Dollywood itself, with all proceeds going to the Dollywood foundation (it can be heard on YouTube for those who have not made the trek to Tennessee). Consisting of spirituals the album follows The Golden Streets of Glory as her second full gospel collection. Musically the production has a similar traditional tone to her bluegrass trilogy, which she would record immediately following this album. END_OF_DOCUMENT_TOKEN_TO_BE_REPLACED