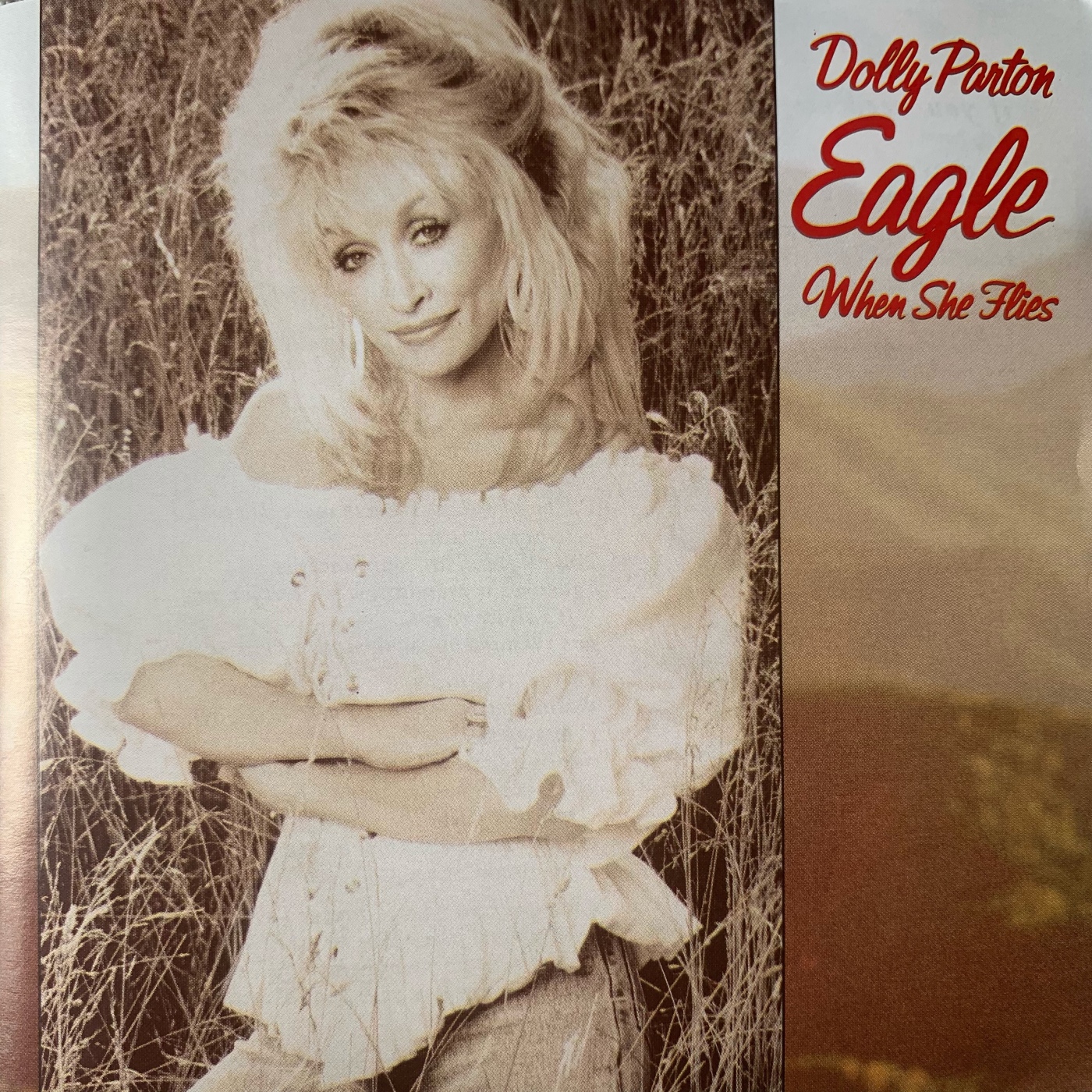 The nineties would turn out to be a decade where Dolly achieved huge success on the pop charts, albeit thanks to Whitney Houston. A year before that Bodyguard soundtrack took over the world, Dolly released her 31st solo album Eagle When She Flies which was another strong collection of country songs, after her welcome return to the genre on the Trio project and previous album White Limozeen.

If You Need Me starts the album with a sweet country kiss off. Dolly’s songwriting pen is back working at its best again, delivering a song filled with her trademark sass and attitude. The melody and arrangement is a perfect mix of torch and twang, aided by Allison Krauss on backing vocals.

Rocking Years was written by Dolly’s brother Floyd and is a classic country ballad, sung with gusto by Dolly and Ricky Van Shelton. The nineties production is slick, cheesy even but it’s a love song with heart and hope in every note. It would be a hit too on the country charts, reaching number one. Dolly’s savvy skill at choosing duet partners was clear once again, as Van Shelton was in his prime commercial peak at this stage.

Country Road, written by Dolly with Gary Scruggs, is another great song, catchy and with some perfect nineties twangy guitars. In the lyrics Dolly uses the metaphor of a country road to describe herself, in contrast with the ‘fast lane’ living of her lover and his fur wearing woman. It’s a clever little idea, even if by this stage Dolly was living the high life herself, it appealed to her country music audience and linked back to her poverty stricken roots, when she dreamt of living the glamorous life. Having Emmylou and Patty Loveless on backing vocals just adds to the perfection of this one.

Silver and Gold was another hit for Dolly on the country charts, a classic performance of a song written by Carl, Greg and Stan Perkins. Vince Gill and Harry Stinson add harmony to the song, and these traditional country arrangements sound so sublime you can barely believe she spent so long trying to sing pop music.

The title track is a timeless anthem about what it means to be a woman and survive in this world. Women might sometimes be fragile, broken even but that doesn’t stop them being strong when they have to be. Vocally Dolly has rarely hit these power ballad heights, except maybe on He’s Alive. You can watch her perfect performance of the song at the CMAs on YouTube, aided nicely by a choir of women. Last year she performed this song with the Highwomen at Newport Folk Festival, an epic generation spanning performance that felt like a moment in Americana music history. Dolly music transcends time, her influence runs so deep and it’s songs like this which stand the test of time, that exist beyond trends and tell us the story of her life, her way of seeing the world as she soars above us all.

Lorrie Morgan joins Dolly on Best Woman Wins, a pretty simple song about women fighting over a cheating no good man. By the end of the song you just kind of wish they’d both give up this guy. Songs like these which pit women against each other generally have aged badly (see many of Loretta’s). Jolene transcends this because of its narrator’s vulnerability and how Dolly writes specific details about the title character, creating her so clearly in the listener’s mind. In comparison songs like this are enjoyable enough to listen to but one dimensional and forgettable in the wider arc of her songwriting legacy.

What A Heartache is a beautiful ballad, using a simple refrain but sung with enough emotion to make it a stand out vocal performance. Runaway Feelin’ takes the tempo up and adds some sweet fiddle. Again it’s based on a simple, repeated refrain but it shows that for Dolly going back to basics actually works best sometimes.

Dreams Do Come True was written by her uncle Bill Owens who hasn’t had a song credit on her albums for decades at this point. Why she chose this one is not obvious on first listen – it’s the weakest song on the album, lyrically and musically. Maybe the next song can answer the question for us.

‘Family’ is a tribute to Dolly’s sometimes turbulent relationships with her extended family. The song is an honest exploration of the difficulties and tribulations of dealing with those blood relatives who are ‘a mirror of the worst and best in you’. It’s not the most memorable melody she’s ever sung – the strength of the song is in the personal lyrics which offer wisdom and compassion for everyone.

Final song Wildest Dreams was written with Mac Davis, who Dolly credits so much with helping take her career beyond the confines of country music. His musical offerings tend to be schmaltzy, adult contemporary offerings rather which is the case with this track. Vocally though Dolly is on fire again, delivering a quietly powerful performance that reminds us ‘here’s to the past / let the future begin’.

Eagle When She Flies continued Dolly’s excellent run of quality country albums in the late eighties/early nineties. The title track maybe not have been a huge hit at the time but it now stands out as one of the best songs of her career.