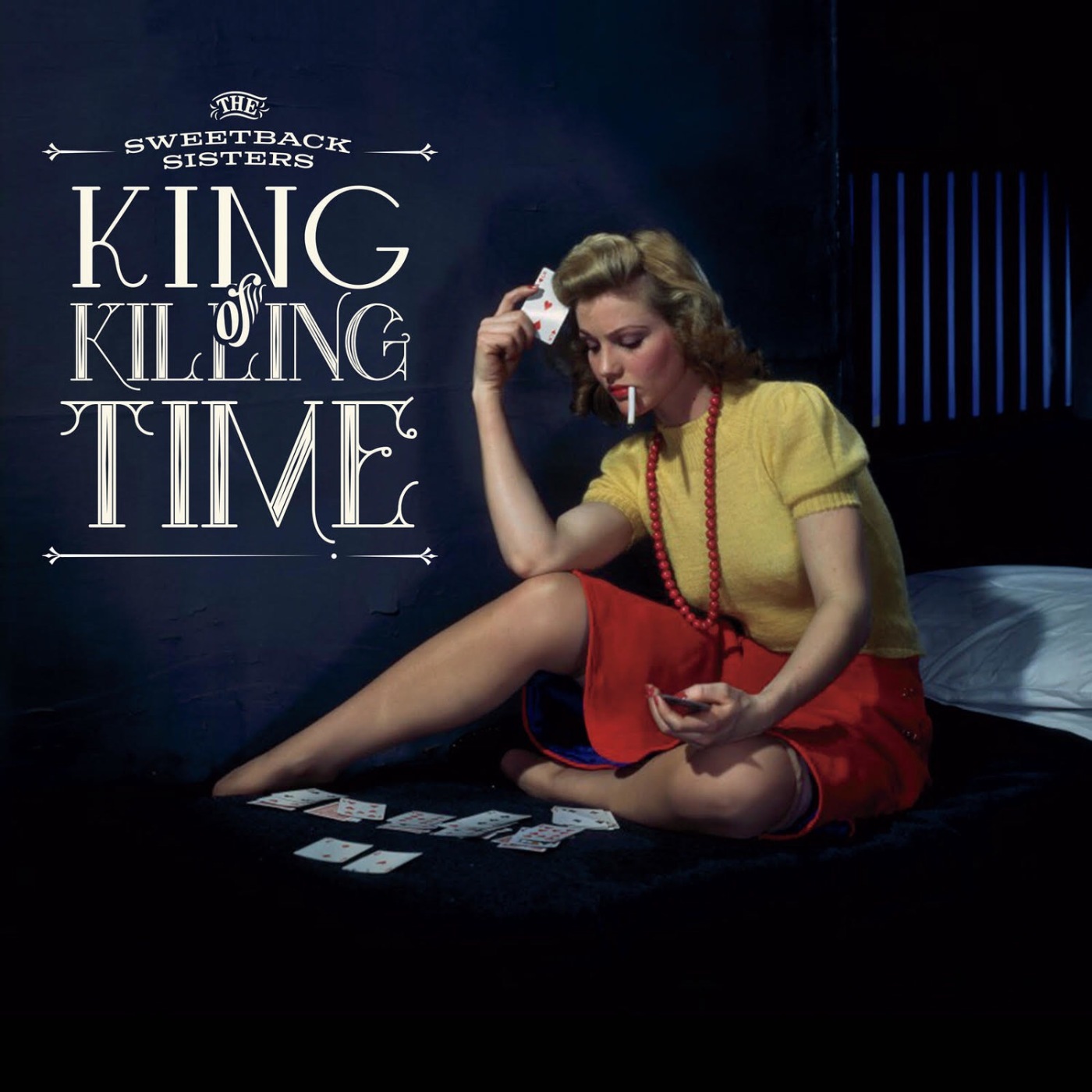 I’m a huge fan of the TV show Fringe, in which a mad scientist discovers a parallel universe where there’s significant differences in the way the world has unravelled across time. That’s fiction, of course,  but when I look at the charts or hear the radio I can’t help but think there’s a real musical parallel universe running in tandem with ours. Two alternate timelines: one where music is a beautiful life-affirming thing in which talent and tradition are valued and respected and the other side is the MANstream hell of popular chart music. The Sweetback Sisters exist on the good side of the musical divide and the album King of Killing Time is a joyous celebration of classic country and vintage va va voom.

Gotta Get A Goin is a throwback ragtime cover, very much in the style of the Andrews Sisters. Singers Emily Miller and Zara Bode compliment each other beautifully on this song and there’s lovely vocal harmony throughout the record. I Got Lucky was written for a wedding and it’s a charmingly realistic portrayal of life and luck and love. In fact this whole album feels like it could be the soundtrack to some gorgeous retro-inspired wedding reception filled with brilliant musicians, endless hoedowns and more than a few drunken singalongs.

King of Killing Time is as classic country as you’ll hear on any album this year. The vocals are perfect and there’s a lot of modern humour here too, reminding me a little of Brandy Clark. The title of I’m Gonna Cry sounds like it would be a ballad but it’s actually a honky tonk number sung with dramatic defiance. It’s All Your Fault uses the violin solo at first to underscore the feelings of the song, and then it becomes a jazz-style free for all.

One Day At A Time is another lush country ballad, this time about trying not to rush into things in a relationship, dealing with a marriage proposal and fear of the future. It leads nicely into the next song That’s All it Took, a male/female country duet in the old school style. The album finishes with two covers – Don’t Worry Bout Me is a sultry send off to an ex and the classic If Drinkin Don’t Kill Me (Her Memory Will) is a pretty straight cover, the switch to a female perspective enough to give the version an interesting twist.

King of Killing Time is a refreshingly varied listen and at only ten tracks long it never overstays its welcome. On the album cover is a vintage pin-up girl in jail – smoking and playing solitaire like she doesn’t give a shit about anything. Just like this picture, the music of The Sweetback Sisters is a perfect combination of the style of the past and the attitude of present. This is an album definitely worth killing some time with.