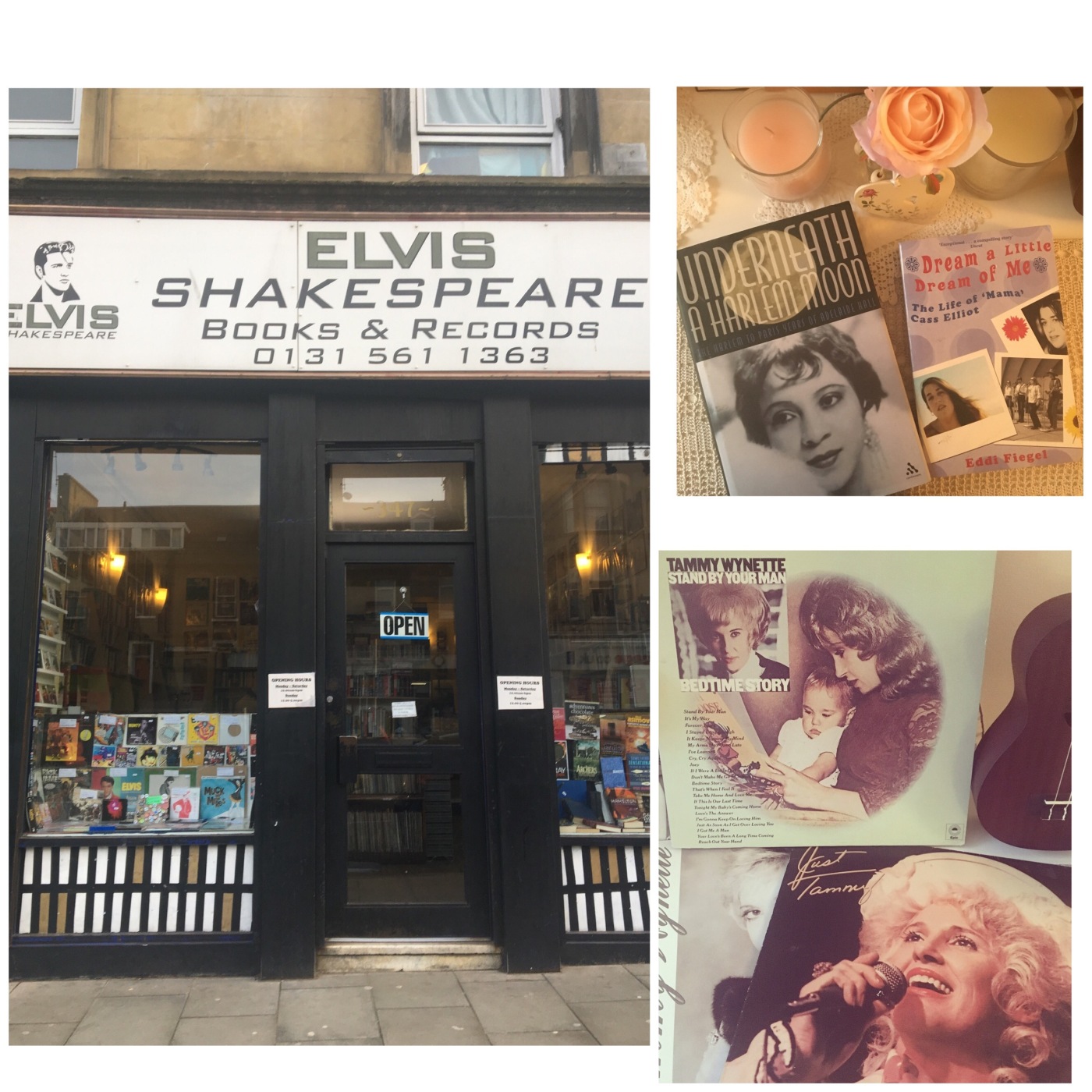 In October I committed myself to supporting the work of female artists and expanding my vinyl collection by actually buying some new (and old) music every month. Since I started running this blog I have realised how easy it is to just use streaming services and forget that investing in music is required to keep many artists creating and surviving.

This month for the first time I actually backed a couple of artists who are crowdfunding their new projects. Firstly one of my favourites Lindi Ortega is working on a new album called What A Girl’s Gotta Do and she launched her project on Kickstarter this month. The EP she released earlier this year (read my review here) hinted that she had considered quitting music so it is was a real joy for me that she has decided to keep going independently. There are some cool rewards on offer including going on a ghost tour narrated by Lindi herself. Now since the shipping costs are a little too pricey and because I have her previous albums on CD, I decided to go for that format rather than vinyl. There’s still a few days to back Lindi’s album so if you haven’t already then get to it – you will be investing in one of the most talented singer songwriters around.

The second project I backed is by Scottish singer Siobhan Wilson, who is using Kickstarter to fund her new album. For me Siobhan is one of the most exciting prospects in Scottish music, her debut album was hugely impressive and if it doesn’t win Scottish Album of the Year next year then I might storm the stage in a Kanye-style protest.The rewards she has include signed CDs and vinyl but also some unique offers like a chance to play a game of Scrabble with her, attend the studio, have her compose your own film soundtrack and a house show. I went for vinyl but the house show is actually pretty  tempting if only I had £650 (after all crappy wedding bands charge more than that).  So come on lovely people support this brilliant new artist by giving whatever you can.

The other new music purchase I made this month was obviously the Lucinda Williams album ‘This Sweet Old World’ on vinyl. My review of this album was called ‘insightful, thought provoking and well worth the read’ by Lucinda’s management no less, which was the best thing that has happened to me since I started the blog. Thank you to everyone who read and shared this post!

For my secondhand vinyl purchases I decided to restrict myself to spending £20 and headed out on a frosty day to Leith in Edinburgh to see what treasures I could uncover. There’s something exciting about the unpredictability of charity shops and second hand record stores, where the fate of your record collection is in the hands of the gods. My first stop was the Bethany Shop on Leith Walk where I have found some good stuff before and I was not disappointed. Someone had obviously cleared out a decent country music collection and I found three Tammy Wynette albums which are in good condition. The best one of the three is actually two albums in one: ‘Bedtime Stories’ and ‘Stand By Your Man’ in a lovely gatefold vinyl. If you know me you know I am a huge Tammy fan (I wrote about her here) and I don’t have enough of her stuff on vinyl so this was a real treat. Total cost £6.

After that I went further down Leith Walk to visit Elvis Shakespeare, one of my favourite haunts. As the shop name suggests there are second hand music and books on sale here, including a decent country section. Some may find it a little overpriced but the selection is excellent. When I first go into the shop I spot an interesting looking biography called ‘Underneath a Harlem Moon‘ which is about jazz singer Adeladie Hall. I have never heard of her and I am always looking to find out more about music history so I snap this one up. A little research uncovered that Laura Mvula (who I love) is a fan and named her debut album after this biography, which makes me even more excited to read it. I also find a biography of Mama Cass, which is perfect as I have been wanting to write a post about her for a while. Total cost of the books was £5.50.

I am looking to get more Motown albums on vinyl but sadly no luck in the soul section. So I head over to the country drawer and am delighted to find a Kitty Wells album for only £5 and its called ‘Lonesome, Sad and Blue’, which is perfect. Since I started writing my review of Steph Cameron and researching her influences I have been interested to listen to more Buffy Saint Marie, so I picked up a nice looking album called ‘She Used to Wanna Be a Ballerina’ for £2.99. It has originals and a covers including ‘Helpless‘ by Neil Young, which is one of my all time favourite songs.

Overall I was quite happy with what I managed to find and can’t wait to listen to them all.  I am planning on music shopping in Aberdeen or Dundee in December so let me know what shops you would recommend.