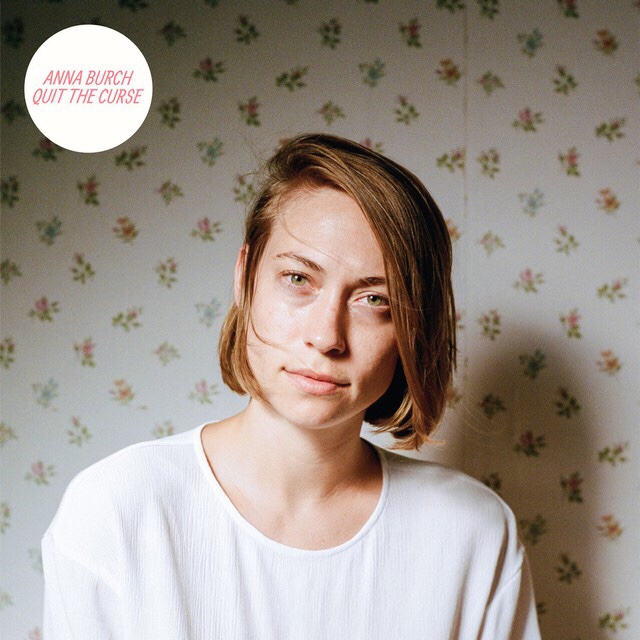 There’s been a wave of introspective indie rock albums in the last couple of years – admirable sure, but sometimes difficult for the listener to endure. Thankfully Quit The Curse from Detroit’s Anna Burch is the opposite – full of breezy indie pop melodies making this a light-hearted listen, despite some of the darker lyrical themes.

Previously playing in folk bands this debut solo album from Burch is a straight indie rocker with a cooly detached and conversational vocal delivery. She credits Alvvays and Elliott Smith as influences and you can certainly hear echoes of the former throughout the album.

Opening with 2 Cool 2 Care this could be a statement of intent but that’s the enticing thing about this album – her indifference is only part of a more complex character. She sings reciprocity is boring / but I’m tired of unrequited love stories exposing the problematic paradox of her relationships.

The catchy melody of Tea Soaked Letter makes it a pretty perfect indie pop song. She sarcastically sings ‘you said you would communicate better/ so what will you send me a tea soaked letter?’ ruefully accepting the situation she’s in.

Asking 4 a Friend is a drug drug druggy haze. I’ve always loved that slacker college rock sound of the Lemonheads and Juliana Hatfield, and this feels like a direct update of their song My Drug Buddy.

The title track Quit The Curse is no motivational self help song, despite the title. She’s not cursed, she can quit this relationship but it’s not that simple, ending with the sad realisation: Did you have to quit, even if I did?

Belle Isle uses pedal steel, the sound twisting and echoing her lovesickness. Men smothered her in the past with jealousy and pride – but cold detachment is equally hard to deal with. Memories of their fireworks is all she has to cling on to. This song exposes her heart and such unflinching honesty is equally as endearing as the eyebrow-raising archness heard elsewhere.

In Your Dreams goes for girl group vocals over fuzzy guitars, and a slow slacker beat. What I Want is a song about sulking, and the line ‘I won’t play the victim just because I can’t get what I want’ must be ironic since she actually sounds like she’s two seconds away from self destruction.

Yeah You Know takes the tempo up, singing ‘playing it cool’s just not my style’, even though every other song suggests the opposite. She’s trying to break away but she phones him even when he’s sleeping, driving all night listening to his mixtape. Insecurity is everywhere, even if she buries the pain in charming melodies.

These nine songs of self deprecating sweetness prove Anna Burch is a smart songwriter hitting her stride. Quit the Curse is out now on Polyvinyl/ Heavenly Records.