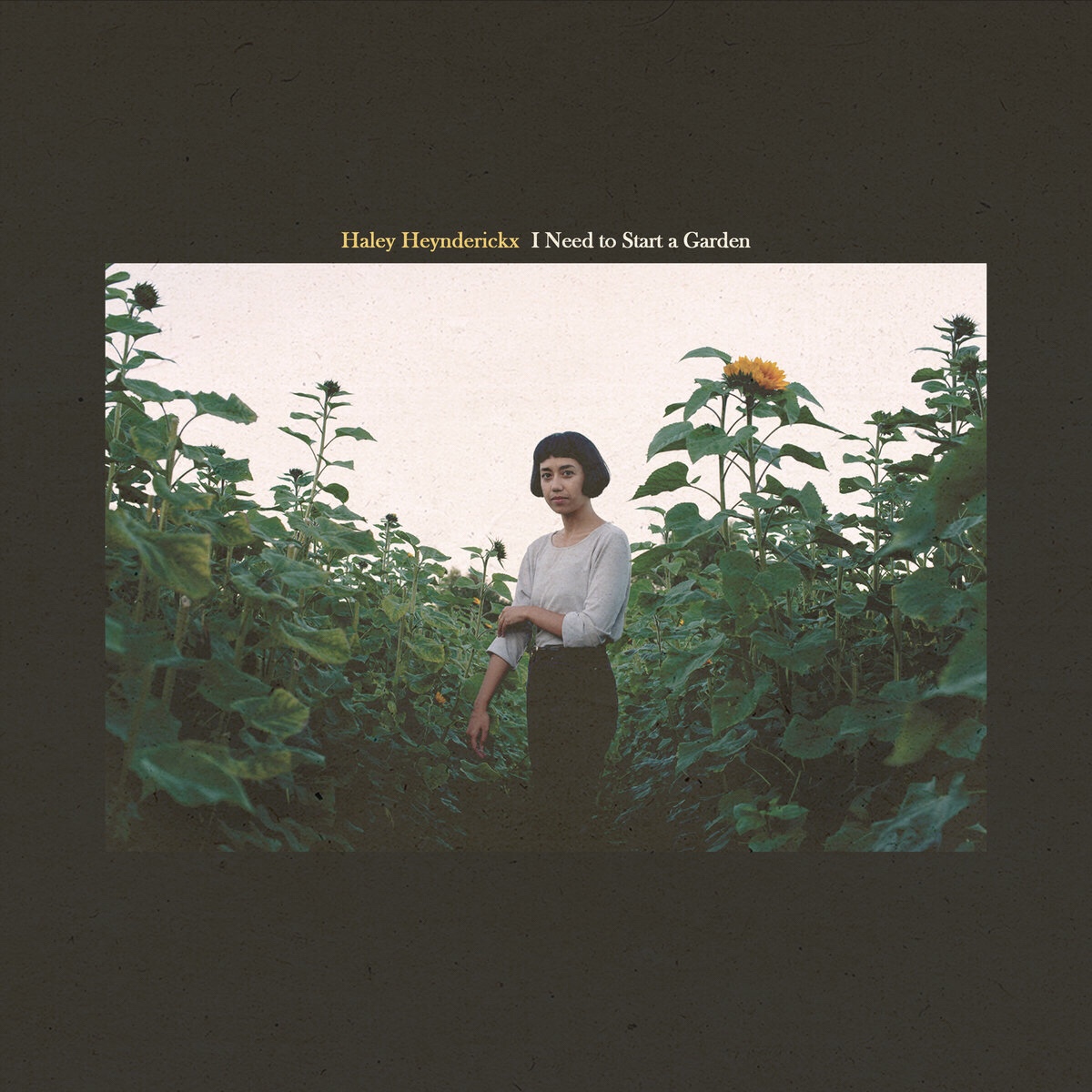 Taking time to cultivate your music before releasing it into the world is vitally important, especially since albums come out every day and many don’t even get the chance to be heard in the infinite online din. Portland based Haley Heynderickx had some false starts before finally sewing things together on this short collection of songs called I Need to Start A Garden.

This album is billed as ‘alternative folk’ and the sounds here are sparse and strange in a way that barely seems of the earth, let alone easily identifiable to a genre. Opening track No Face is a delicate piece of fragmented weirdness. The vocals on this are breathy and beautiful expressions of her emotions. At the end the song fades away into nothing, blending right into the next.

Elliott Smith’s influence lingers over Bug Collector, detailing all the insects that have invaded her home and caused her partner’s paranoia. She’s throwing a bug out the window because she wants the day to be perfect for her love but somehow the insects (and problems) keep coming back. The swoops of the guitar and rumbling brass sounds make this an unsettling listen.

Worth It veers as close to straight indie rock as anything on the album. Maybe this is a more natural home for her style rather than the stripped back folk elsewhere – you feel she has the potential to really rock out and scream some more.

The weirdness of Show You a Body is like a mystery for the listener to solve, and eventually it breaks down in a way that barely resembles a song. You do need to give these unusual textures time to grow in your mind. Untitled God Song is another eccentric moment, spinning around in odd directions musically and lyrically.

At times the affected singing style and morose tone can feel oppressive, so it is a relief when Oom Sha La La allows her unravel a little. The moment she starts screaming ‘I need to start a garden’ you sense this is the beginning of her artistic vision taking root. It’s no surprise that she named the album after this moment of intense clarity about the importance of cultivating creativity and beauty.

I Need to Start A Garden may only be ten tracks long but in these strange songs Haley has planted seeds for her future. With talent as original as this you feel sure she can only continue to bloom.