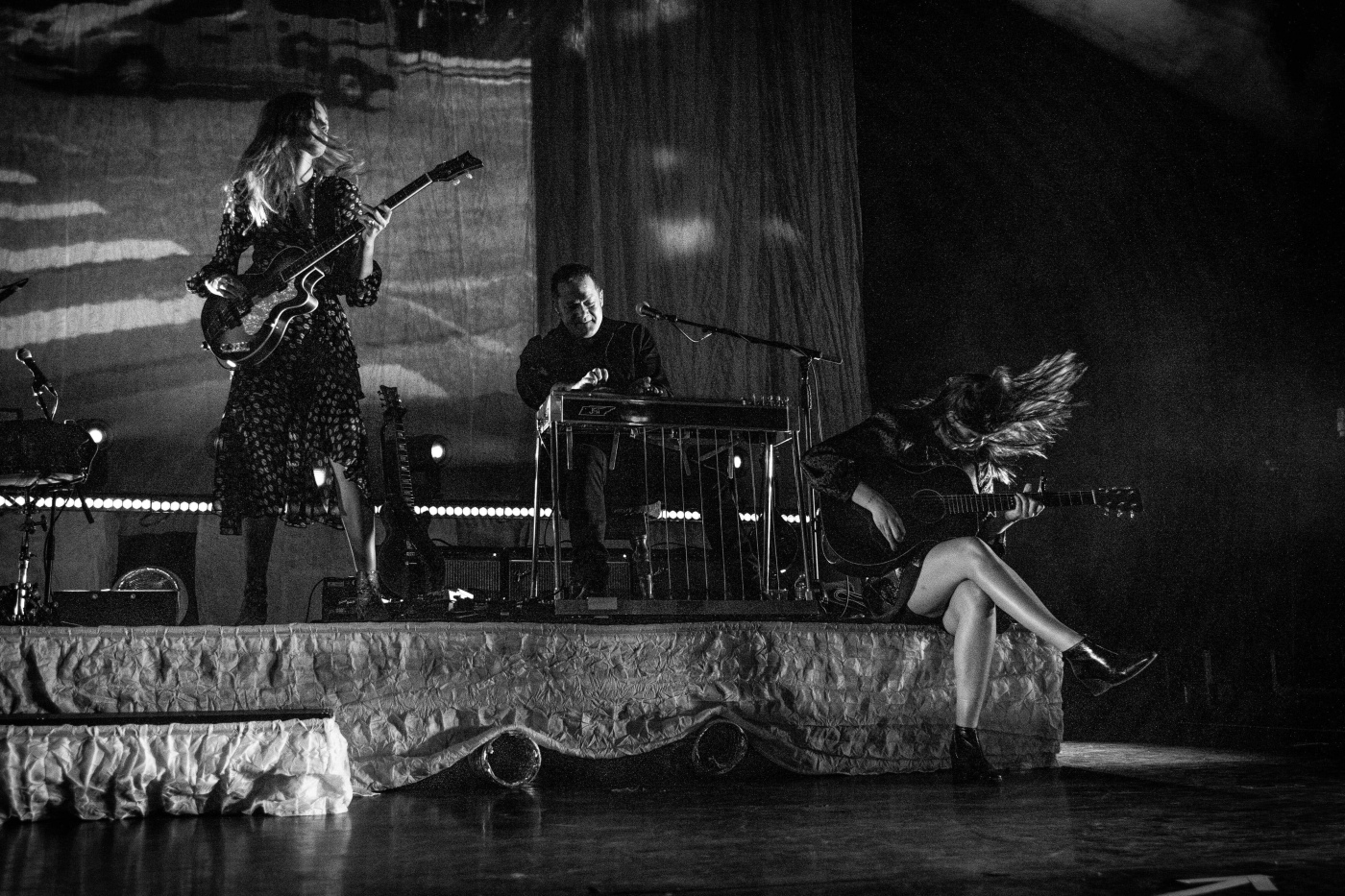 As October draws to an end, the bitter winds are closing in and we’re all missing the summer so there’s no better tonic to our collective seasonal affective disorder than an evening with Swedish sisters First Aid Kit and their sublime set of songs.

Fellow sisters in music The Staves open up the show with some devastatingly beautiful harmonies. Maybe on the surface they seem polite and polished but there’s sweet subversion in songs like ‘Let Me Down’ and the hilarious highlight of the set, ‘Tired As Fuck’. A cover of Scottish classic ‘Whole of the Moon’, plus some entertaining stage banter impressed the crowd and it was wonderful to see a support act get the quiet respect their songs deserved.

First Aid Kit released their new album Ruins in January and have been touring non stop ever since, this Edinburgh show being their third visit to Scotland in 2018. Each time their crowds are growing, with all three Scottish dates on this tour instantly selling out. The packed Usher Hall crowd greet the band’s arrival with a lion’s roar, showing just how much love this place has for them.

An early highlight of the set is ‘It’s A Shame’ from Ruins, the darkest and most ambitious album they have released to date. Older sister Johanna seems freer now she’s stepped out from behind the keyboards to play bass, and Klara’s voice is as impressive live as on record.

Before ‘Master Pretender’ Klara yells ‘Let’s get this party started’ and they crack open the Irn Bru, now something of an onstage tradition for the band when they’re in Scotland. As their childhood pictures flash by on the big screen you see the journey the sisters have gone on to get here and you also realise just how young they still are.

When the lights turn red and Klara steps up to sing ‘You Are the Problem Here’ you can feel the atmosphere switch – they are not ready to make nice indie-folk music. Women like First Aid Kit are angry at the world and justifiably so. The song’s message to abusers and perpetrators of sexual violence is clear: I hope you fucking suffer. It’s a song they wish they didn’t have to sing but until things change their anger will pour into every word.

The next song ‘Ugly’ from recent EP Tender Offerings works in tandem, detailing the crippling self-doubt many women feel about themselves. Thankfully the song finds strength in defiance. Next song ‘I’ve Wanted You’, is the slow and sad opener to that EP and you see the band are relishing playing these more challenging songs. 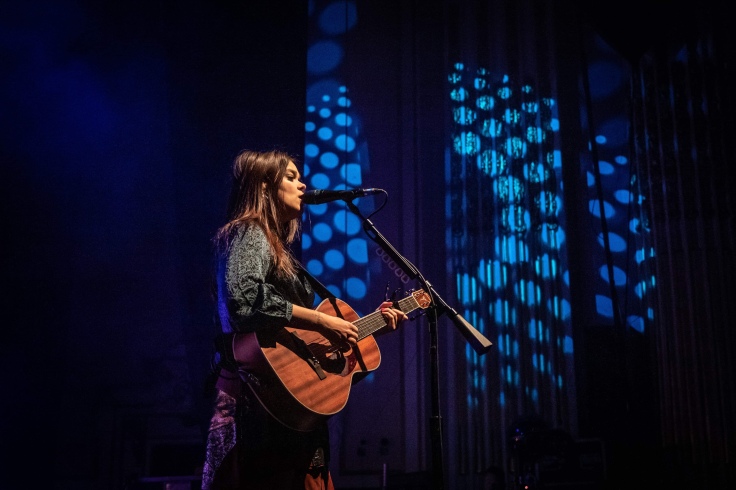 ‘Hem of Her Dress’ and ‘King of the World’ bring energy to the set and start the collective sing along, which continues on their classic ‘Emmylou’. That song is so much more than a hymn to their musical inspiration, it’s about bravely asking for love and hoping your feelings are returned. The crowd’s vocal response shows how together we can all raise each other’s spirits in song.

The encore songs ‘Rebel Heart’ and ‘Fireworks’ are aided by stunning lights and visuals. The band finish on ‘My Silver Lining’, reminding us that we have to ‘keep on, keeping on’. First Aid Kit might not take the ‘easy road’ but they always walk unafraid. On this evidence they will have a crowd following them wherever they decide to go next.