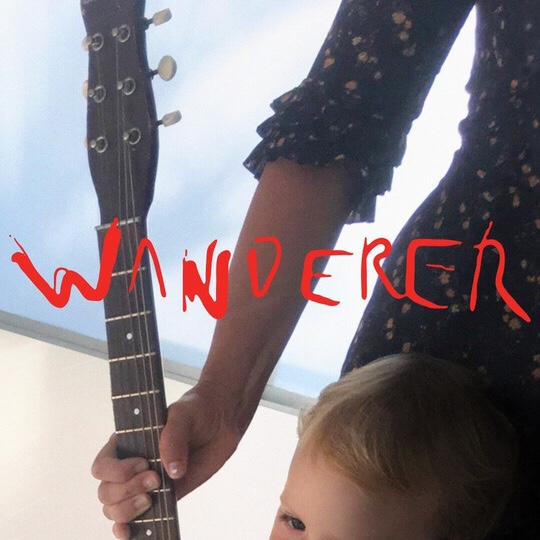 Cat Power has always been a singular artist, someone who walks her own musical way. Being a distinctive stylist means she can create evocative widescreen moments within the simplest of arrangements. Her voice makes original songs and covers all sound like they were born from the same moment of pain and joy which is uniquely her own.

Her last album Sun was something of an outlier in her catalogue. At the time it felt like she was experimenting with new sounds and synths in an intriguing way. Listening to it now, years later and the layers of sound feel like she’s stretching at times, trying to navigate the confusion of life through musical experimentation. When it worked it was exhilarating (like on Nothin But Time and Manhattan), but you had to wonder if she was entirely comfortable with this new direction.

So it is unsurprising to hear her new album, Wanderer, strip things back to basics. Gone are the kaleidoscopic electronics, and the soulful jazz flourishes, now replaced with simple guitar and piano. Together the introspective songs sound like one glorious lullaby.

Unfortunately for Chan Marshall her record label of twenty years, Matador, decided this album was not ‘commercial’ enough for the market, telling her she should try and sound more like Adele. Yes, you heard that right – an indie record label told a singer-songwriter of huge critical acclaim, with a dedicated cult following, to try and sound like some awful MOR clone in order to sell records. I can’t imagine anything more insulting to Marshall’s legacy and artistic integrity as this ridiculous act of betrayal.

Thankfully there was a happy ending, as she took her album and eventually signed with Domino. Wanderer found its own path regardless of the obstacles set in her way. The title song which opens the album is a bruised sigh, a moment of wondering that sets the tone for the journey to come.

On In Your Face and You Get the simple instrumentation allows Marshall’s haunting vocals to fully occupy the space, undisturbed. Her tone conveys a lifetime of living. Both of these songs are critical and questioning – calling out those selfish people who think only of themselves and don’t take time to listen. You don’t have to think long to identify potential subjects.

Facing challenges as a single mother and dropped artist meant that Marshall appreciated the support from others, in particular Lana Del Rey who appears on the song Woman. The simple refrain of ‘I’m a Woman’ becomes a rallying call. I’m a woman of my word/ Now you’ve heard / My word’s the only thing I truly need’. Together the women grow in strength, solidarity and song.

The album is not without its experimental moments, too. As Horizon begins you think it is a simple piano ballad for her family, until it morphs into something stranger and more distorted, using vocoder effects. I’m on my way, she sings before deciding to change direction again.

Stay is the only cover on the album, a song by Rihanna. Like most of Marshall’s best cover songs she embodies it so much it becomes unrecognisable. There’s few artists you actively want to hear sing more cover versions, but Cat Power is one.

Disturbing darkness is never far away and she follows that tender moment with Black, a southern gothic short story of addiction, with an unnervingly simple guitar refrain. Next song Robbin Hood might be a little too similar in style and sound for it to stand out against the previous track. In fact the second half of the album almost begins to fade out, as if the Wanderer is exhausted and must find a place to bed down for the night. Nothing Really Matters echoes Elliott Smith – both in the piano style and how she sings about the emptiness of existence. It’s one of the most arresting and beautiful songs on the album.

The album finishes where it began, with the song Wanderer. This time she sounds sadder and yet also more serene. The journey isn’t over, but maybe this wanderer is finally free of the shackles of the past that once slowed her down.

Through her career and life Marshall has found the road tough going at times and you can still hear a weariness in her voice, which she can’t shake. The album is dedicated to ‘those in the struggle’, which is all of us, really. Wanderer is an album which offers comfort, truth and maybe just a glimmer of light to see us all down the next dark road.