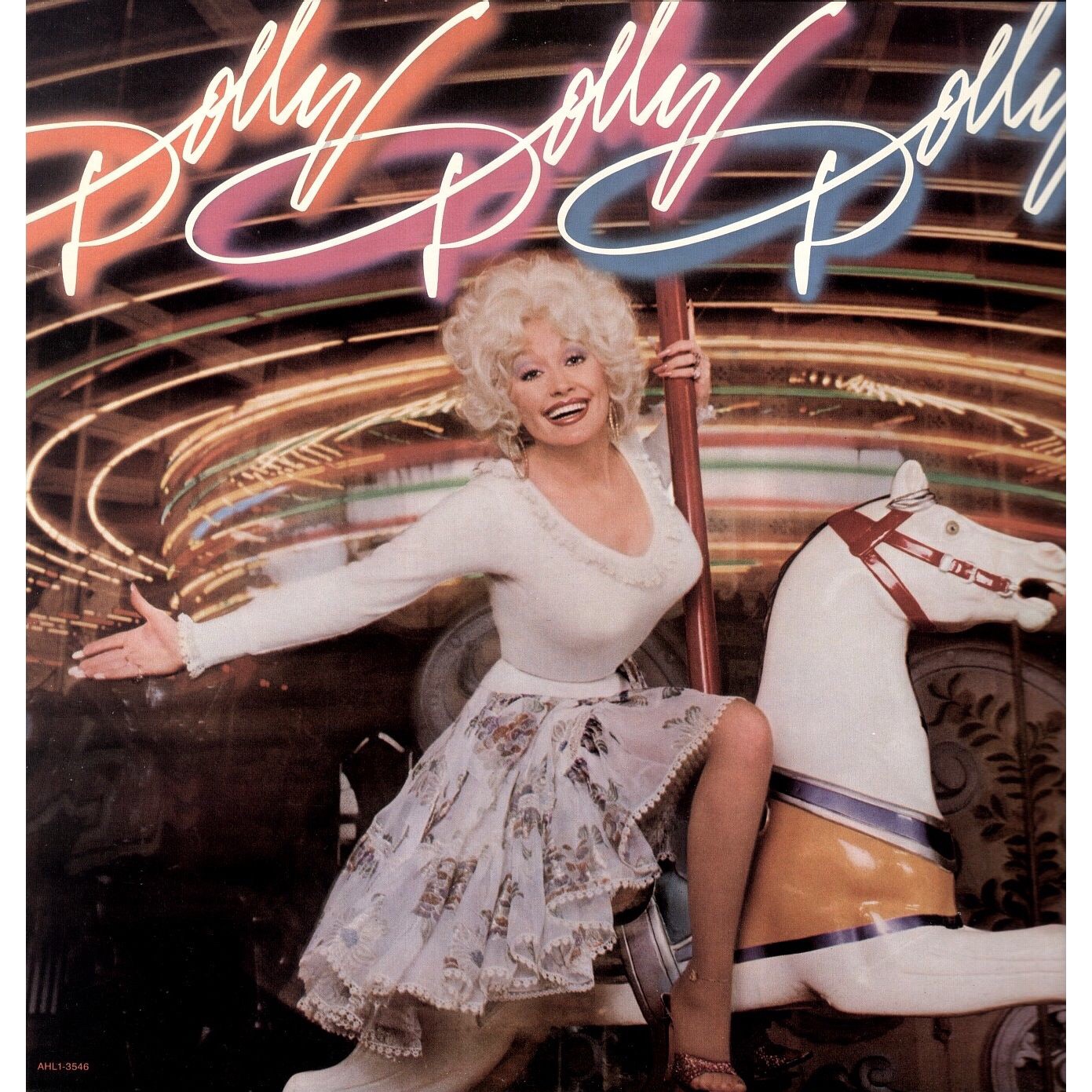 And so we’ve reached the eighties – the decade most traditional music fans like myself dread. During the seventies Dolly moved progressively towards pop and finished that decade by recording the most mainstream music of her career. At the beginning of 1980 Dolly Parton was 34 years old and still committed to becoming a worldwide superstar. Her decision to release another pop album dismayed the critics and many of her country music fans alike. And with good reason – Dolly, Dolly, Dolly doesn’t hold up that well to retrospective scrutiny, even if looking at the bigger picture we can conclude that Dolly’s plan for success worked.

The key sacrifice she made on this album was to not include a single one of her own compositions, a strange move for someone who wrote more songs than she could ever hope to record. This seems like an acceptance of her own limitations when it came to writing straight pop hits. What Dolly failed to grasp perhaps is that the songs she would become best known for mixed pop, country and her vivacious personality in a way that cover versions like these never quite could (with a few exceptions).

However that doesn’t mean the songs on this album are all terrible. The album begins with Starting Over Again, written by Donna Summer and her husband Bruce Sudano. This is a great story song and reminiscent (at least lyrically) of a country song. It tells us of a woman whose marriage has ended after thirty years and she has to begin her life over again, alone. There’s such a sadness to it which Dolly conveys perfectly. You could see this song benefitting from a country arrangement but the band goes full schmaltz with middling results. The song became another number one for Dolly on the country charts and reached 36 on the pop charts too. It is her second highest charting song of the 80s apart from 9 to 5, which shows how hard it was for Dolly to crack the mainstream and sustain a run of pop hits.

Same Old Fool is more upbeat, almost disco. For such a throwaway little song it’s interesting to note that it was co-written by Glenn Sutton who pioneered the countrypolitian sound and wrote some of Tammy’s biggest hits. It’s a shame then this poppy arrangement is not reminiscent of those great songs.

The most famous and memorable song on the album is Old Flames Can’t Hold a Candle To You, one of those rare Dolly classics written by someone else. Still included in her live setlists and recently re-recorded with Kesha for the Rainbow album, this is just a great love song. Written by Kesha’s mother Pebe Sebert and her husband Hugh Moffat, it was a minor hit for Joe Sun before Dolly covered it and took it to number one in the country charts. The song stands out on this record as being far and away the most country sounding track, with some welcome pedal steel reminding you where Dolly really belongs.

You’re the Only One I Ever Needed is a jaunty little pop song and Dolly sings it well. It’s hard not to enjoy this song, even if it’s pretty lightweight. Say Goodnight is a piano ballad, very Elton John in style, with lush strings adding some nice dramatic flourishes. Unfortunately the melody and lyrics are quite forgettable. It was cowritten by Gary Portnoy who composed the Cheers theme tune, along with Susan Sheridan who wrote songs for FAME. What’s clear is that Dolly isn’t exactly working with the highest tier of pop songwriters at this point.

Fool For Love is a Leo Sayer cover, recorded in the exact same style as the original version – passable cheesy seventies disco pop. Tina Turner actually recorded a version of this song in 1979 for her Love Explosion album and her voice adds a little grit to the song which is much needed.

Another cover follows, Even a Fool Would Let Go, which has been sung by many artists including Joe Cocker, Gloria Gaynor, Kenny Rogers and by Loretta and Conway in the same year as Dolly. It’s a classic piece of seventies songwriting about the doomed end to a relationship and you can see how it would appeal to singers like Dolly who enjoy adding a little drama to their delivery.

Sweet Agony is a slice of disco funk, a song about the pain of love. It was again written by Susan Sheridan who appeared earlier on this album and David Wolfert who co-wrote the title track to Dolly’s Heartbreaker album. I Knew You When has Dolly going full Diana Ross in the vocal delivery, all breathy sweetness and sighing sadness. Written by Rupert Holmes, who wrote that annoying Pina Colada song, this is as forgettable as the previous track.

Packing It Up is the only song which references Dolly’s country roots, even if it is about leaving them behind for the dazzle of the town. Here she is ‘packing it up’ and heading for the ‘big city lights’ while a guitar solo plays. It lacks the verisimilitude of her best songs and you wonder how she could even bring herself to sing it. Perhaps the only interesting thing about this song is that it was written by an all female team of Lisa Ratner and Sandy Farina (who wrote for Streisand) and it has an opening line about waiting for the clock to turn to 5, foreshadowing her next big hit.

Dolly Dolly Dolly, like the cover picture, at times feels like one big fake smile for the masses. Even its more serious moments sound a little forced, with the exception of Old Flames. Dolly is a total professional and she does the best she can with the songs and the production but you have to conclude that she sounds lost.