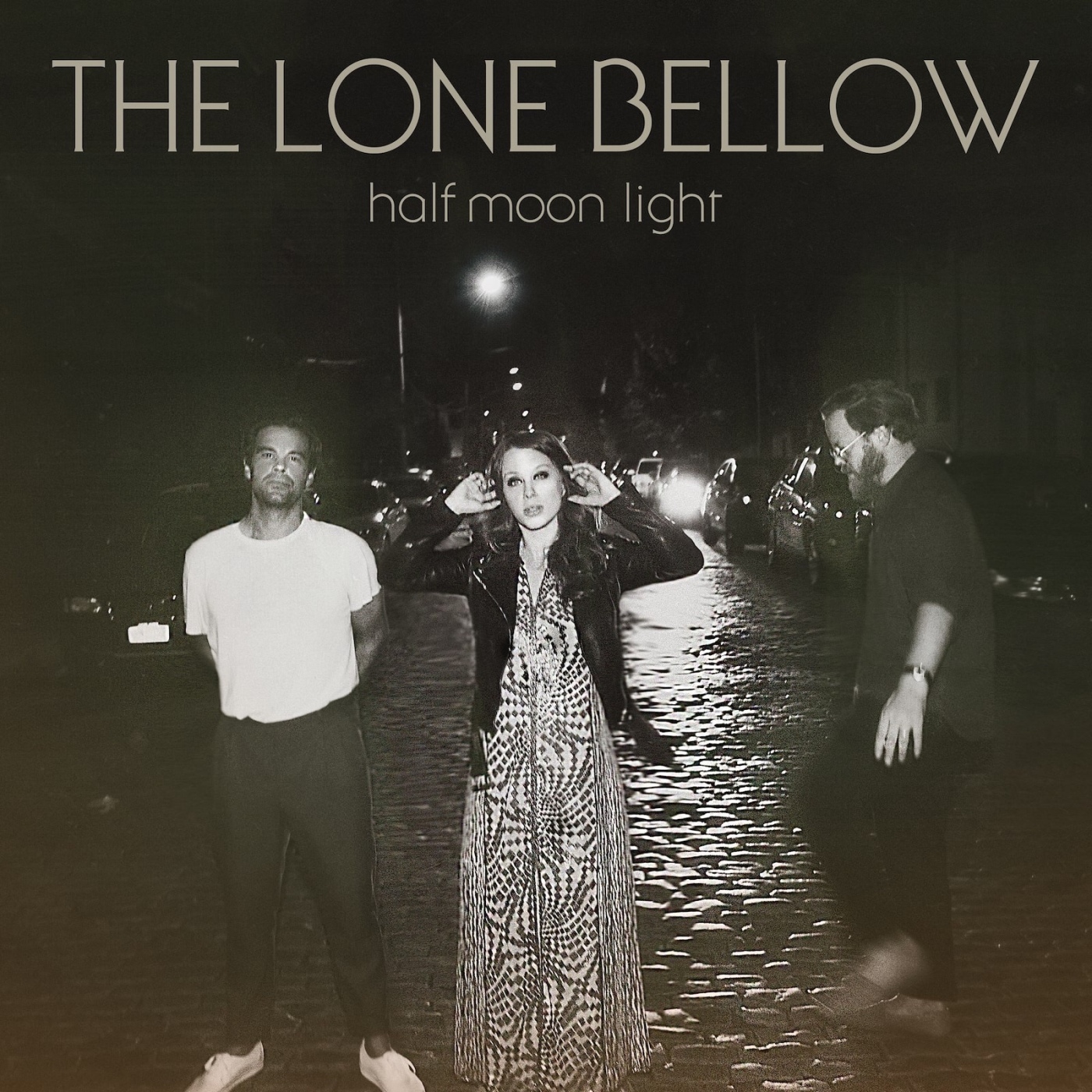 A couple of weeks ago I was lucky enough to catch The Lone Bellow play as part of Celtic Connections Festival and needless to say I was completely blown away. The songs they played from their new album were some of the most deeply felt of the evening, celebrating the wonder of our complex humanity. So while I do think a band like this really have to be heard in real life to truly appreciate the power of their vocals, Half Moon Light tries for a softer approach with impressive musical results.

Even though the Lone Bellow have a male ‘lead’ vocal for the majority of the album, I felt the musical contribution of multi-instrumentalist member Kanene Donehey Pipkin merited this album being included on Highway Queens. This band soar because of the unity of their vocals and their combined musical chemistry, heard especially on the glorious Count on Me and Wonder – two of the best songs they’ve ever recorded.

Collaboration and communication are central to Half Moon Light, and the decision to work again with The National’s Aaron Dessner as producer pays off, with new and more complex textures in the songs. There is a touch of The National musically in a song like ‘Friends’ for example, but they never try to reach that band’s place of darkness – there’s too much compassion in their harmonies and words.

When Pipkin does take the lead, she shines. Just Enough to Get By, tells the story of her mother’s traumatic past and she sings it with devastating pain and power. She spoke about the song in recent interview with American Songwriter, saying ‘I hope people hear it and find some solace, and maybe the courage to be honest about our pain and our stories. I found that’s where the healing happens, or at least where it starts.’ Amen to that.

They extend their eye to contemplate the pain in society as a whole on Illegal Immigrant, telling the story of a refugee mother’s separation from her child. Musically it’s expansive and dream like, with just the one hushed female voice contrasting with the often powerhouse singing the band are known for. It’s a tender and touching moment of truth.

The album finishes with another song offering emotional understanding towards the suffering of others. August was written in the wake of the death of Scott Hutchinson from Frightened Rabbit and inspired by the personal struggles of member Brian Elmquist. The message of this song, this album, this band is that there is always love and light all around you – just take a hand if you need one.

Half Moon Light is enough to comfort and reassure even on the darkest night of the soul. Let this evocative album be your friend and lift your spirit through to the morning.