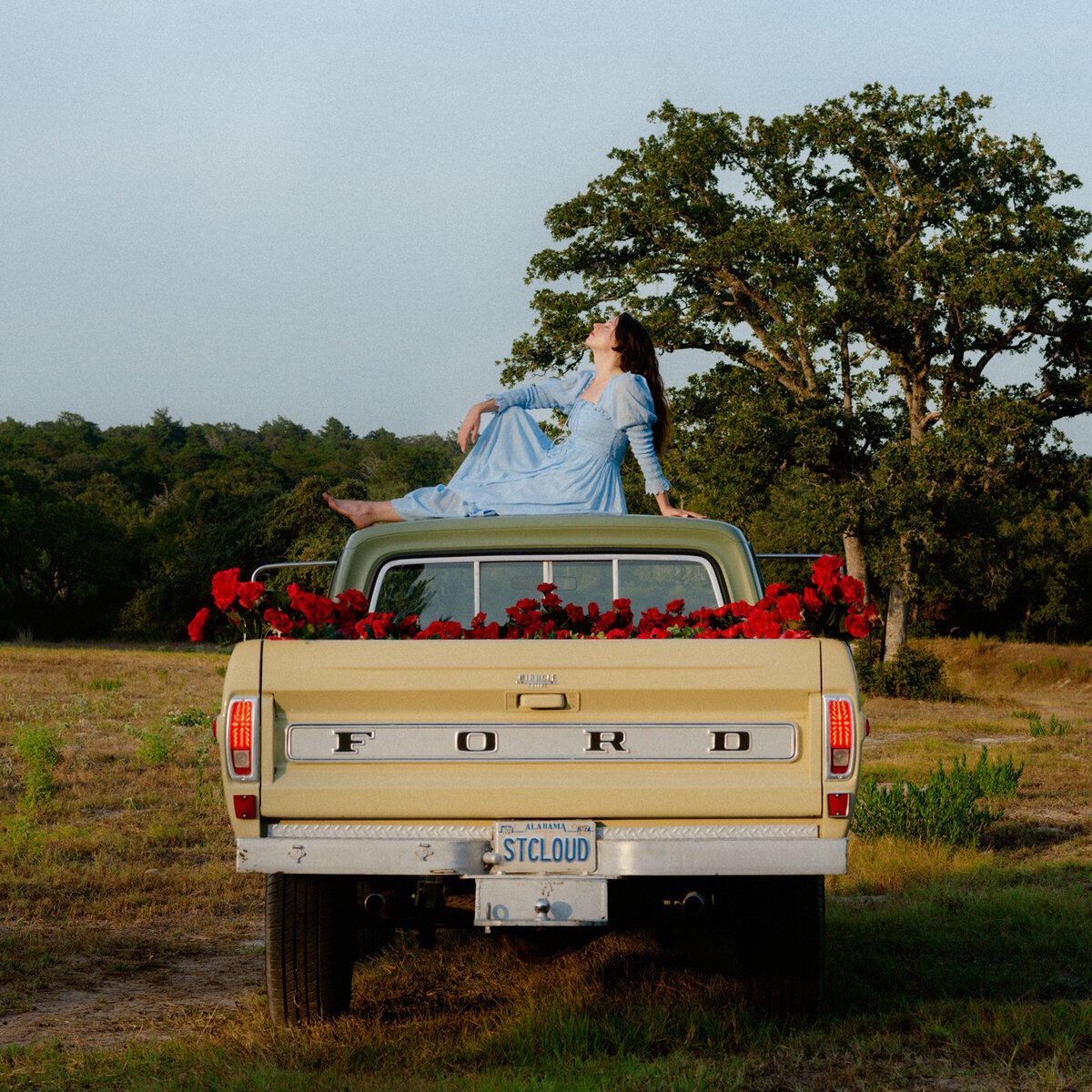 The final song on Waxahatchee’s last album gave us some clues as to the next direction her music might take. Fade was an introspective, acoustic track that felt like a quiet sonic reset after the blistering indie rock on the rest of Out in the Storm, while lyrically it explored her internal struggle to assert her identity in a toxic relationship. On Saint Cloud we thankfully find her in a much better place – being newly sober and in love. Musically too she embraces a breezier Americana sound, evoking early Lucinda Williams, her songwriting hero.

Katie Crutchfield grew up in Birmingham, Alabama and named her ‘band’ after the creek that ran behind her childhood home. Like Lucinda, place is at the heart of her lyrics and musical vision. Saint Cloud itself is a suburb of Orlando where her father grew up.

Oxbow begins softly, with hazy guitars, building towards the repeated refrain of ‘I want it all’. The song, inspired by her decision to become sober, expresses the feelings reflected on the stunningly gorgeous album cover: she has climbed to the roof of her truck, tilted her head to the sky and embraced the light.

On first listen Can’t Do Much owes a considerable debt to Lucinda’s sound, but Crutchfield never exactly follows her path of classic songwriting. The lyrics are complex and contradictory, just like the love she sings about. Compared to her wordy last album these songs at least have choruses this time, allowing for lines like I love you till the day I die / I guess it don’t matter why to really grab the listener’s heart.

Fire was written as she crossed a bridge in Memphis where the video is filmed, and does in fact sound like it should be heard as you spin the wheels down a gravel road somewhere in the South. Her voice, which has been problematic for me in the past, is still weird and kind of knotty at times but through this album you feel she is learning how to actually sing more naturally, suiting the lilting melodic style of music.

Lilacs is a dance, a swoon, with just enough grit to suggest she knows exactly how to make forward movement in her life. The lilacs drink the water because they know it’s good for them. The Eye is a slow, soft contemplation of her new wild love. By Hell her voice and band are really settling into the Americana style, using languid twangy guitars to lovely effect.

Even in her new state of freedom she still fights internal struggles to stay sober, expressed on the brutally honest gut punch War. Touring and being an artist is never easy and she sings of her soul and body being run down. Arkadelphia  contemplates her own destruction and the legacy she would have left behind. Strangely the melody of this song echoes ‘Fade’, as though she is in dialogue with her own past as she faces up to her demons. Sobriety saved her from the same tragic fate of the lost friend she sings about on that song and Ruby Falls.

The album finishes with the title track, where she concludes if the dead just go on living / well there’s nothing left to fear. This song (and album) is achingly sad and tenderly beautiful, just like the sweet old world itself.

Don’t be put off by the fact that this album is accompanied by the usual indie rock hype machine. St Cloud is the work of a wise and clear-sighted Americana songwriter. Even Lucinda herself would surely be proud to put her name to it.