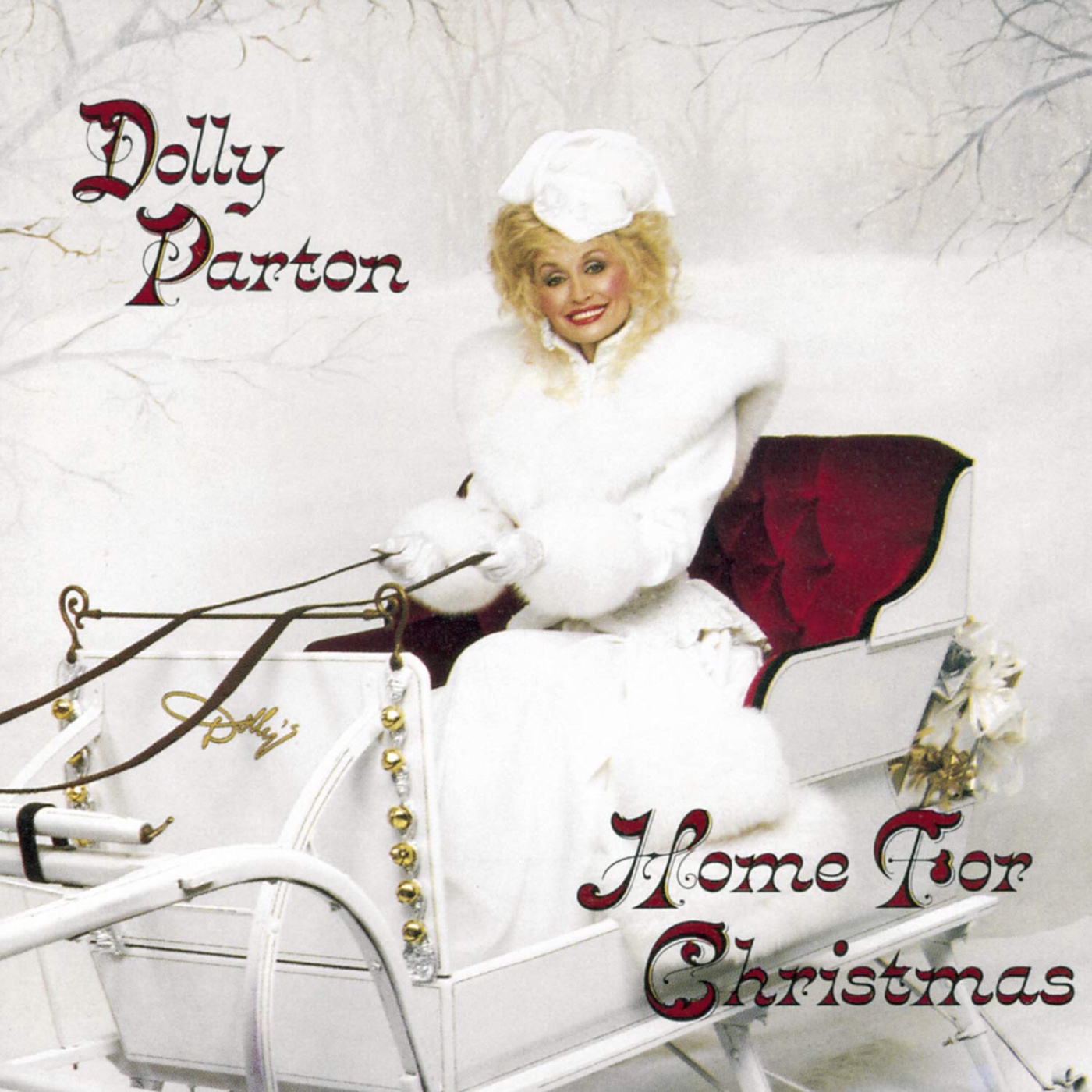 Dolly opens this album with a direct spoken word address, reminiscing about how she loved singing all the great old Christmas songs growing up in the smoky mountains. And then the album begins with a choir of voices singing The First Noel, as though her family are gathered around a fireplace, huddling together for warmth. When they fade out a piano takes us into Dolly’s vocal, clear and true singing from the heart.

Dolly then puts her own spin on Santa Claus is Coming to Town with a nice country arrangement, and she brings some humour to it as well with a line about Santa ‘fiddling’ around. I’ll Be Home For Christmas is a more polished production, in line with the style of her eighties pop albums, although it does have another gorgeous fiddle solo on there. There’s something quite poignant about hearing this song this year, since it’s about longing for a home you can only visit in your dreams.

Rudolph the Red Nose Reindeer begins with Dolly directly talking to a group of kids (her nieces and nephews take on this role in the Christmas special aired in the same year), like the style of her recent children’s album. The arrangement is simple and sparse, with some nice banjo. She even brings in some wisdom about what she thinks true meaning of Christmas is and how we should see the potential of love in everyone, before the kids choir join in to sing with her. It could be corny but it’s actually lovely.

Go Tell it On the Mountain starts out as a classic country ballad before exploding into an uplifting gospel epic. The Little Drummer Boy is also aided by a choir, and some barbershop style bass notes. If you watch the 1990 Christmas special on YouTube look out for the appearance of a little drummer boy who can’t keep time to save his life.

In that same special she dedicates her rendition of We Three Kings to Doctor Robert F. Thomas who worked in surrounding areas when she was young, including delivering her as a baby (she wrote a song for him on the Tennessee Mountain Home album). She sings this song to celebrate those who made sacrifices for their faith and community, perhaps even equating herself with those who are on a mission to do good and spread the word.

Jingle Bells is another sung in a simple, short and sweet style with the kids choir helping her out. O Little Town of Bethehelm might be the most beautiful song on the album – its classic country arrangement adding a distinctive touch to the melancholic, soft vocal performance from Dolly.

She finishes with Joy to the World, which really does encapsulate the best of the season. The album ends with another spoken word interlude from Dolly who hopes that god will bless us all.

A Christmas album may be a throwaway affair for some artists but with Dolly you sense there is something more significance in these songs. In her autobiography she wrote: ‘Throughout my life, my love relationship with God has been the most important…I feel I have a divinely inspired and ordained mission, and every day I try to find that higher purpose.’

Dolly’s career as a gospel singer is often overlooked because of the success of her secular music. Yet to me she always sounds the most comfortable and confident when singing about god and channeling the spirit. Therefore a Christmas album like this is a natural ‘home’ for her. Christmas songs like these transcend religion now, becoming for many of us just melodies that remind us of the season of goodwill and peace to all men. But Dolly is a seeker and a believer who sings these songs of worship in the original spirit they were written.

Even if you don’t believe yourself there is enough comfort in these old songs and Dolly’s timeless voice to get anyone through a long, cold winter.