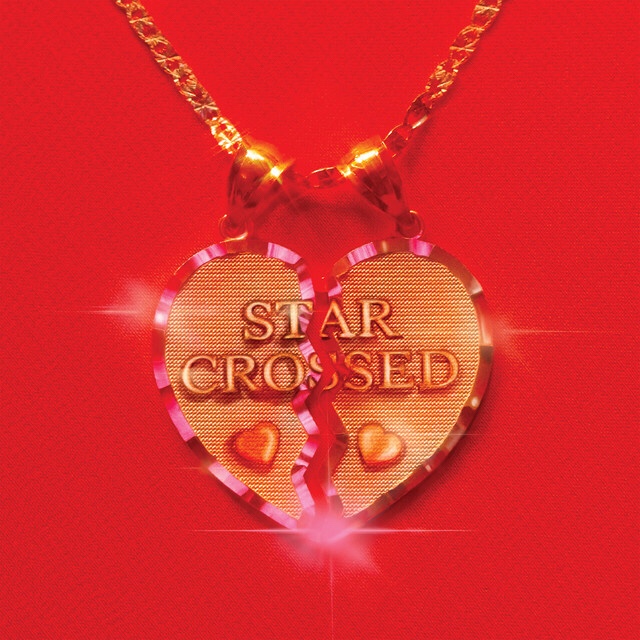 In her recent New York Times interview Kacey Musgraves joked that she ‘wasn’t going to be a real country artist without at least one divorce under my belt’. That’s the kind of self deprecating, knowing humour which she sprinkled through her first three albums, culminating in her triumphant success at the Grammys in 2019.

Golden Hour was strikingly original, hugely influential and every single song on that album could have been a radio hit. The fact the Grammys understood its power more than country radio tells you why she had to leave that genre behind. Mainstream country is a lost cause, more so now than ever – it’s become such a difficult place for most progressive female artists I’m just glad that some of them get out of there alive. Take country with you but dear god don’t look back.

star-crossed works best when listened to as a whole and indeed as a sequel – a splintering to what came before. Despite the light modern production this album strangely feels less commercial, with fewer big hooks and melodies. After the Golden Hour faded Kacey sounds like she got high and disappeared into the clouds. Blur the pain away.

The album begins with the title track and a reference to Romeo and Juliet, death and divorce entwined in her imagery. In Shakespeare’s tragedy fate destroys youth, love and beauty with sickening speed. Her voice sounds numb as the music builds around her, in shock almost at how quickly everything ended.

And yet good wife hints that it was more the mundane reality of dealing with someone else’s insecurities and issues which was the problem, rather than the fault in their stars. Maybe she was the one who wanted to run this time, a reversal of Space Cowboy.

cherry blossom is a sweet little breezy song and metaphor, although underneath the shiny surface it seems like she’s trying to cling on to colour and beauty as the winds start to pick up around her.

The song simple things has that whole escapist, noughties nostalgia feel – embracing the immaturity of her teenage years. I must admit though the video left me cold since I really don’t understand why anyone would want to dress up as the bitches from Mean Girls. I mean haven’t they seen the end of that movie when the nasty girl gets deservedly hit by a bus? You do wonder if Kacey’s casting herself as the villain here.

The single justified is catchy pop and has enough truthful vulnerability in the lyrics to make it interesting. She accepts the reality of trying to move on, the complexities of healing, sounding bruised and defiant at the same time. angel also reverses the usual bitter divorce narrative, taking the blame for how things turned out.

Up to this point the album avoids any kind of Gaslighter-style exposing of her rage and resentment. Breadwinner is the closest the album gets to such kinds of revelation. Still she doesn’t quite go full throttle on the vocal or music and this understatement suggests she isn’t comfortable dragging her ex. And yet the conclusion is: I can sleep at night knowing I really tried / the fault isn’t mine. High Horse is the musical reference point but she just doesn’t sound as confident or campy as before.

Where the album’s strength lies is in the trio of quiet understated songs in the second half. camera roll is small, restrained in its devastating truths. easier said references the success she achieved, and how hard it is to balance that with love. hookup scene is so sad, a rumination on the perils of modern dating. Together this trio is worth the admission price alone.

keep looking up is as country as it gets here, something you can imagine would easily fit alongside her more traditional repertoire. I would say though that this song lacks the distinctive quality of her previous lyric writing. what doesn’t kill me references her own journey towards exorcising the perfection of the past before she finds a moment of brightness on ‘there is a light’. It sounds like she’s glad to get rid of the baggage, to end this album and era with a flute solo of freedom. The coda then offers another potential interesting new direction with her trippy cover of Gracias a la Vida.

Kacey has always had a glamorous cool factor to her image, a willingness to push boundaries and bring in new ideas while at the same time appearing not to be trying as hard as some of her contemporaries. None of that has changed. star-crossed still has some of those beautiful moments which only a voice like hers can deliver. For me the only thing that’s lacking here is the self-deprecating humour and camp country fun of her previous albums.

star-crossed is billed as a tragedy but Kacey’s still standing at the end of the play, taking the applause and holding the bouquet. A glooming peace is restored and we go hence with no more talk of such sad things.