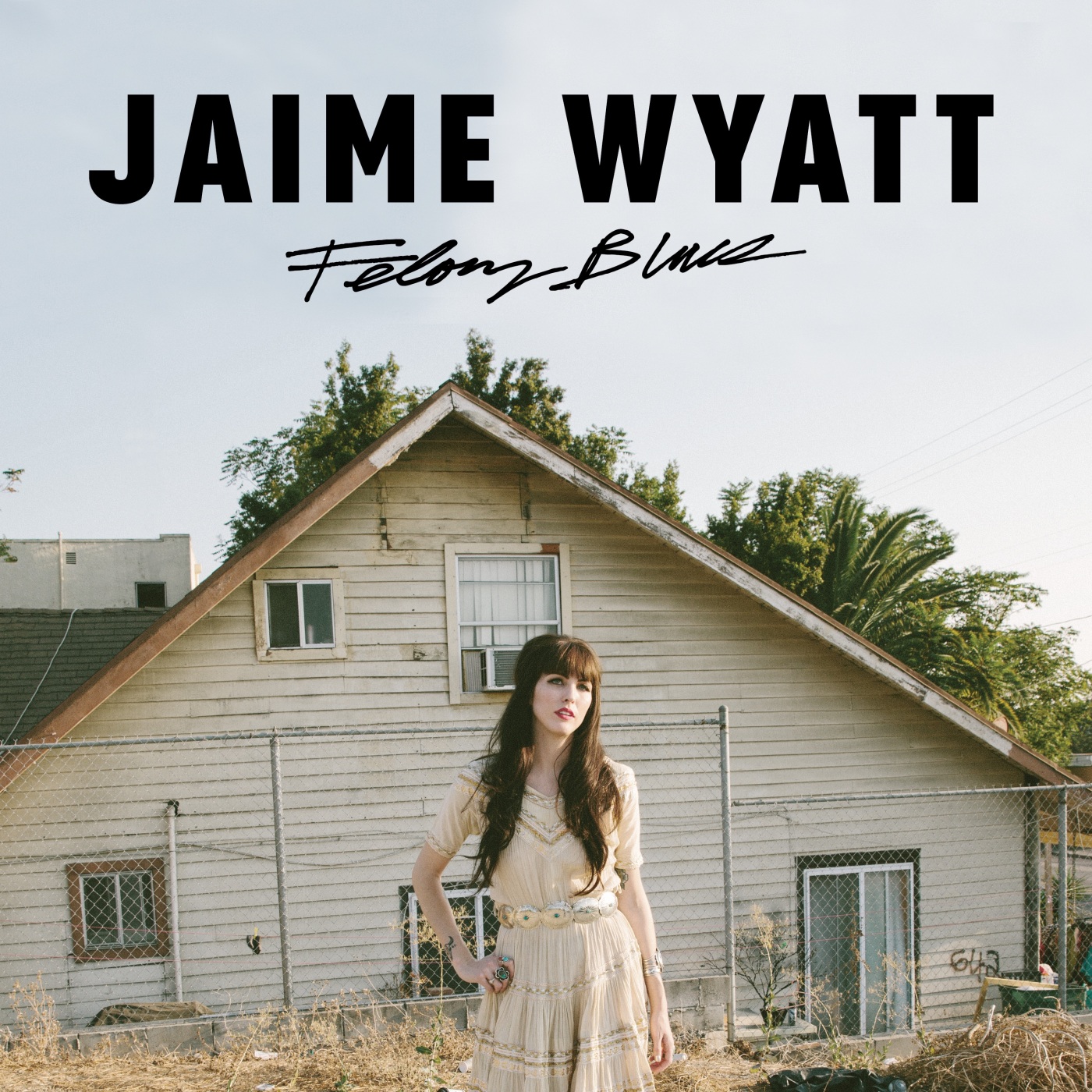 Many artists pretend to walk on the wild side and do everything they can to create an outlaw style, as though being bad automatically gains you street credibility. Some even choose to go down that road on purpose, to live out that doomed rock star myth as a way to create authenticity. After Jaime Wyatt’s first record deal collapsed she went off the rails and found herself actually experiencing the hard reality of this kind of life. Felony Blues, a short album released in the UK this week, explores her addictions and convictions in songs with real grit and soul.

Despite the word ‘blues’ in the title of this album, the opening song Wishing Well does not look negatively to the past but instead dreams of another life. It’s a country rock song, with a deliciously catchy chorus. Wyatt’s voice has a natural roughness to it and the lyrics don’t shy away from admitting her faults either, like when she sings always tried to be a good girl but I can’t really say that’s true. She doesn’t want to go back down where she’s been, even if that life had its attractions. Looking to the future and hoping for something to change is sometimes the only way to survive.

The duet with another Californian country singer Sam Outlaw, Your Loving Saves Me sounds like a classic hit and in a fairer world it would be one. It’s an old fashioned singalong where they say you should forget about Jesus since it’s love that’s going to keep you alive. The other big love song Giving Back the Best of Me, is a gorgeous ballad that uses steel guitar to echo her own feelings.

From Outer Space uses metaphor to explore feelings of distance in a relationship. To be so detached from the world, because of separation or prison or addiction or depression or whatever is painful and you can feel the truth of it in this song.

Wasco and Stone Hotel deal directly with her prison experiences. Wasco is inspired by her cell mate, dreaming of marriage to another prisoner on her ‘graduation day’. The repeated ‘ain’t nobody gonna tell me who to love‘ sums up the defiant air of this song and the whole album, really. Stone Hotel tells Wyatt’s own story, explaining her history with honesty and humour. It’s almost celebratory when she sings I’ve got someone waiting on me, and that hope for a better future is evident throughout these songs.

Wyatt was inspired to write country music after listening to the songs of Merle Haggard, who understood life’s struggle better than most so it is fitting the final song is a cover of his track Misery and Gin. It’s probably the saddest thing here, but fits seamlessly which underscores the quality of Wyatt’s own songwriting.

Jaime Wyatt may have been an outlaw but she’s riding away from that past now. With songs as good as this there ain’t no borders, no boundaries to how far this girl could go.