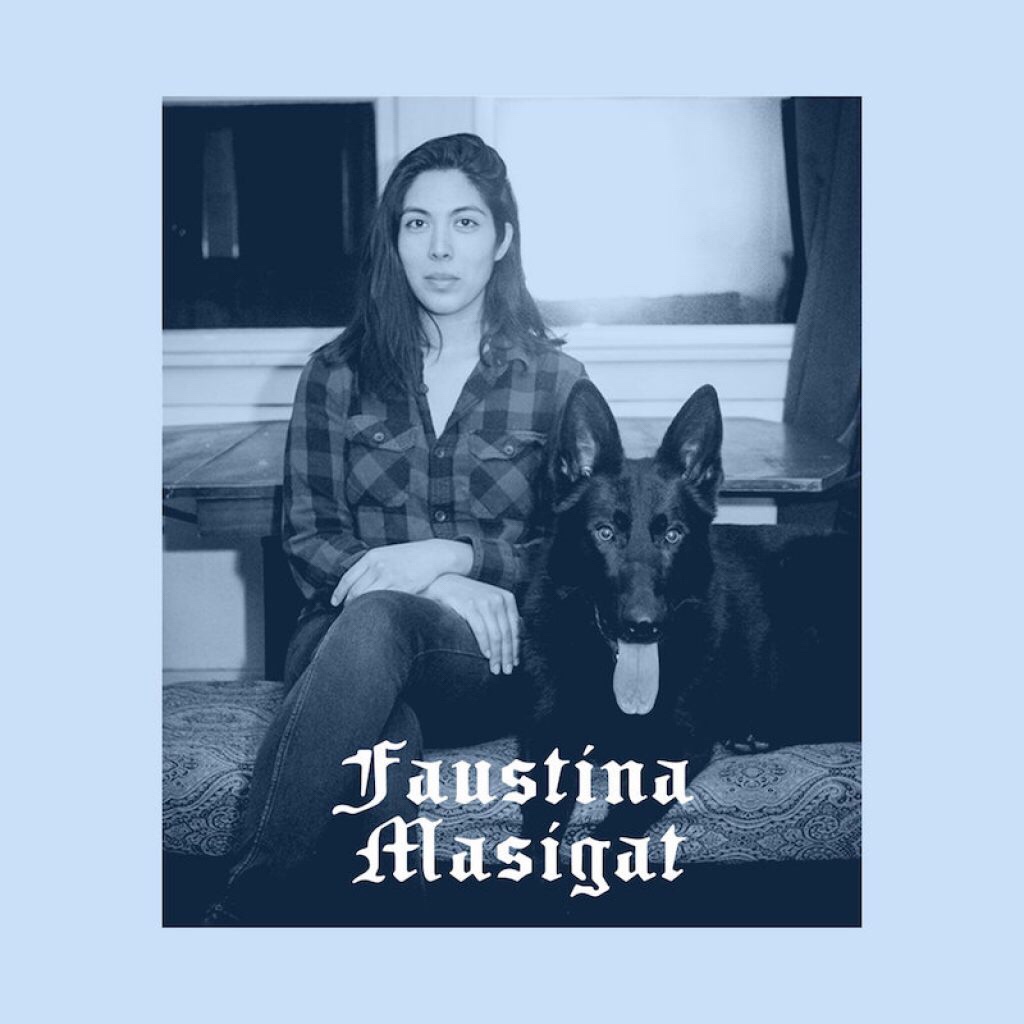 On her self-titled debut album Portland’s Faustina Masigat works with only minimal instrumentation – an old beat up guitar, pedal steel, some strings. Such choices might suggest this is going to be a starkly sad record but instead there’s unexpected light in her vocal delivery. Each song breathes slowly, letting a hush fall so you have to stop, move your ear a little closer and really listen to this captivating performer.

Opener One Day has an almost whispered vocal, introducing the break-up that inspired many of these songs. The repeated refrain of ‘one day’ builds towards a kind of melancholic optimism. Colored Glass brings in the talents of pedal steel player Tucker Jackson, whose work is important to the appeal of these songs. This instrument should add a country feel to the music but somehow these songs won’t fit into easy genre boxes. Maybe that strangeness is just what makes this such an intriguing listen to me.

Done Thinking About It starts with the cry of the steel and is the song that really grabbed me on first listen. Here she admits she lies about being okay and with a voice as sweet as this you can understand why people fall for her emotional subterfuge. Stay With Me is a haunting plea, and the guitar picking and steel combine beautifully. Poverty echoes Mazzy Star at their dreamiest and is an honest assessment of her real life social situation. She has all she needs to get by, and that’s enough.

The highlight of the album is ‘Willie Nelson’ – a devastating assessment of her emotional pain and tribute to ‘her only friend’, the red headed stranger himself. By this point in the album we too have found a new friend in Masigat’s voice. The closing song Words Left to Say concludes the break up narrative and in the end her quiet guitar picking just takes over and expresses what she cannot.

Masigat is a professionally trained musician who wanted to break free of restrictive academic structures by stripping her songwriting back to its bones. In life too sometimes you need to get back to the garden to find what you’re looking for. Listening to Faustina Masigat proves there’s much musical power in spartan simplicity.