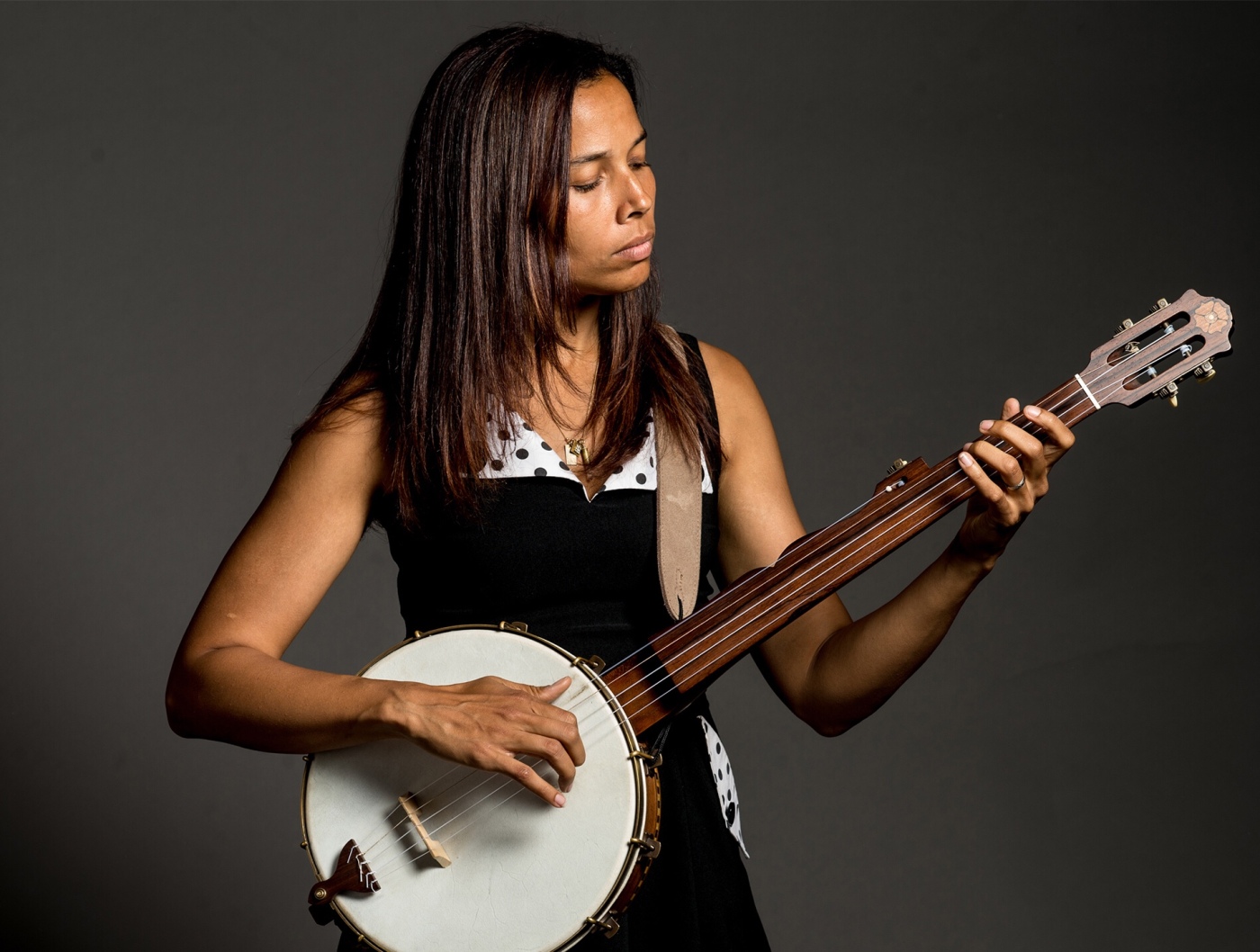 On Monday night Rhiannon Giddens made a welcome return to Scotland to play a special show with the ‘Celtic Blues’ orchestra, led by Grit conductor Greg Lawson and made up of a varied array of players. The new versions of these songs, arranged by Gabe Witcher of The Punch Brothers, were neither strictly classical or folk but occupied what Giddens called an ‘interesting realm’ between the two. The results of this collaboration produced an evening of music of the highest quality that was a privilege to witness.

Support for the evening was young Canadian singer Kaia Kater, who recently released her album Grenades. She performed a set of tightly knotted modern folk songs on banjo (supported by Andrew Ryan on double bass), many of which addressed issues of her Grenadian heritage. Her work may be serious but La Misere allowed for a moment of unexpected joy and a cover of Frank Ocean’s Swim Good was equally inspired.

Rhiannon Giddens is a formidable musical talent – trained in opera, schooled in old time folk music with an equally impressive understanding of country, blues and jazz. She opened the show playing banjo on Spanish Mary, a song she composed based on lyrics written by Bob Dylan. The orchestra added a real sense of drama to the ballad, with her voice easily matching their power.

‘Round About The Mountain’ also sounded cinematic in its widescreen scope, many of these songs felt like a soundtrack to a yet unwritten film steeped in history, blood and the anger of women’s oppression. ‘At the Purchasers Option’ was a defiant moment of protest against the suffering of slavery, with Giddens relishing the fierce fire the orchestra added to her message.

Giddens is a vessel for these old narratives and folk songs, her choices reminding us of an uncomfortable history that remains relevant to the present. For example on Factory Girl she adapted an old song to honour the workers who died in the recent Bangladesh Factory disaster. Her songs rarely get too specifically personal but she infuses her emotional experiences into what she chooses to sing. At one point during the show she stopped to share her own immigration and family troubles before singing Pretty Saro, an old folk song that starkly conveyed the pain of separation and loss.

The highlight of the night was her flamboyant version of Waterboy, always a knockout in her usual live set anyway, but with the added panache of the orchestra it really brought the house down. And that wasn’t the only showstopper in her repertoire – since she was in Scotland she had to finish the evening by singing the traditional Gaelic form of song known as puirt à beul, or mouth music. This frenetic style of singing has to be seen to be truly believed – by the end Giddens had given every last note of her voice to the room and they rose in unison to show their appreciation.

Giddens and the orchestra then played two encores (mainly of freewheeling fiddle music) to a crowd who just didn’t want to let them leave the stage. It was a masterful evening of music that few are likely to ever forget.