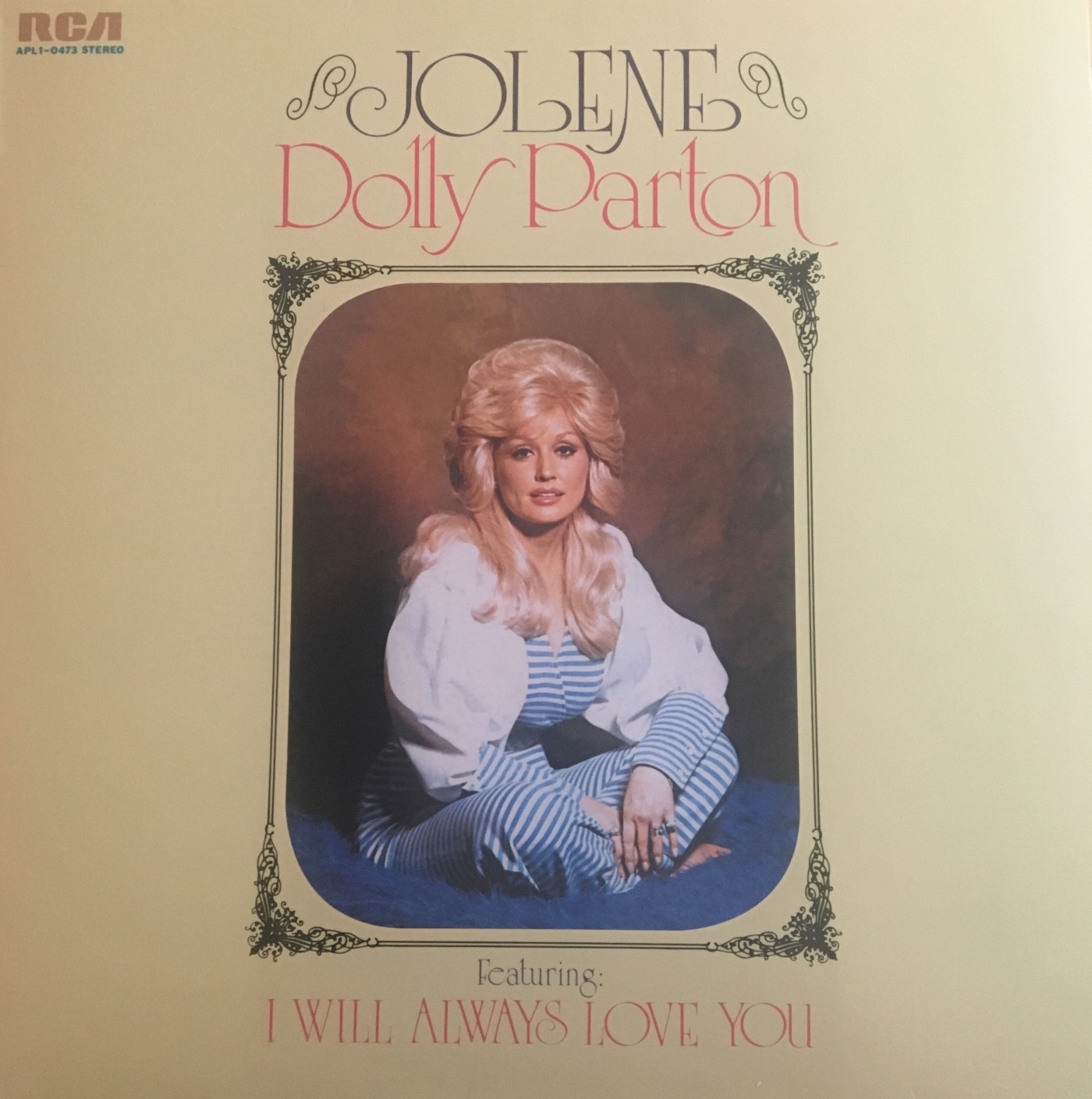 From the ominous opening beat of Jolene, it’s immediately clear that this song is unlike anything else Dolly Parton had ever recorded in her career. Sonically the groove is dark and menacing, with the repeated ‘Jolene’ sounding more and more desperate as the song goes on. The simplicity of the structure adds to appeal of the song – three chords and the truth is no cliche when it is done this well.

Lyrically it is familiar ground for Dolly, telling almost the exact story of songs like She’s Never Met A Man (She Didn’t Like), I Don’t Want To Throw Rice and Second Best. On Jolene Dolly is tapping into what every woman can understand – the threat of losing your one true love. And yet this is the most mature of those songs, as Dolly does not accuse or criticise the other woman. Instead she appeals to their better nature, she compliments them and pleads for their help. Dolly has spun many yarns about the origin of the story and the identity of Jolene, adding to its mystery and intrigue. To write a song where you admit ‘I cannot compete with you Jolene’, feels like a brave admission and one that listeners across time have connected with on a personal level.

The song reached number one on the country charts (her second after Joshua) and was also Dolly’s breakthrough into the pop charts for the first time – reaching number sixty but it also became her first (and only) solo U.K. top ten hit. It would inspire thousands of covers and many songs in response. You just have to look at the streaming numbers forty years later to see how powerful and timeless this song has become – with numbers currently sitting at 129 million streams on Spotify (her next best 9 to 5 has 86 million). One of the most incredible moments of my life was hearing this song live at Glastonbury – the collective love for this song is a cultural juggernaut that is astonishing to witness.

Jolene’s unique sound means it hasn’t dated a day, while many of the tracks on this album of the same name have arrangements which are more classically country and therefore of their time. At only twenty five minutes long and featuring two previously released tracks, this 1974 album is overall somewhat of a light affair, even if it does feature two of the most popular songs in modern country music history.

The first hint that this album will signal the end of Dolly’s relationship with Porter is the second track When Someone Wants To Leave, admitting ‘its a sad situation when someone wants to leave as bad as you want them to stay’. The conflict at the centre of her professional life is easily translated to this lovelorn classic, adding to the myth of Dolly and Porter’s relationship.

In contrast the River of Happiness has bluegrass influences and sounds like the perfect antidote to confusion and pain offered in the first two songs. Here Dolly is carefree, out walking with her loved one and determined to keep searching for happiness. Early Morning Breeze follows, which first appeared on her album Coat of Many Colors. This song works as a perfect twin to the previous track – both presenting the countryside as a wonderful place of inspiration, joy and escape.

Highlight of My Life is a jaunty, love song which like ‘Bubbling Over’ has a feeling of celebration at its core. Maybe this is another song for her husband, a tribute that tells us exactly why losing him to Jolene would be so devastating. It lacks the lyrical complexity of that song or the adventurous sound but it’s an enjoyable listen all the same.

Side two of the album begins with I Will Always Love You, which actually gets a mention on the album cover. And well what can you say about this song? Only Dolly’s deep love and respect for Porter could inspire such an emotional and genuine outpouring of feeling. She knows she has to leave, it’s for the best even though it’s going to hurt like hell. The way she speak-sings the verses is like a mother speaking to their child, kindness and thoughtful love in every moment. And yes her voice has never sounded so beautiful as on this song. It became her second number one country single from this album in June 1974 and would again reach the top spot in October 1982.

In the seventies Elvis wanted to record the song but only if he could gain half the publishing rights, which Dolly refused, in the end proving to be the best decision she ever made. Whitney Houston’s version of song become the all time best selling single by a female artist and Dolly received all the profits she was due. There’s such purity, power and passion in Whitney’s delivery that no wonder it became such a success. Her interpretation is so different to the original it’s as though she had never even heard Dolly’s version – in fact that might actually be true, since Whitney actually based her version on the Linda Ronstadt cover. Some may prefer Dolly’s understated work but few could deny that the song belongs to Whitney now too.

The album does then swing from the sublime to the ridiculous with the next track, a love song called ‘Randy’. I’m sure in the seventies the name didn’t have such unfortunate connotations, as this is a serious moment without any of Dolly’s usual feminism or humour. Here she looks in the eyes of her lover and asks him for commitment. Memories of You is another song of longing, and both these songs showcase her vibrato to perfection. As a singer you feel she continues to gain confidence in herself and her own unique style, as this album contains some of her all time best vocal performances.

The second of the previously released songs is Lonely Coming Down, from her album My Favourite Songwriter, Porter Wagoner. This is one of Porter’s best compositions and Dolly obviously had an appreciation and affinity for it. You feel it works well with the other tracks on here, as it concerns absence, leaving things behind and the pain of loneliness.

Now the final track here ‘It Must Be You’ is probably the most poppy song on here, a jaunty seventies number which hides a much darker story behind it. When researching this song I stumbled across an uncomfortable episode in Dolly Parton’s history, one that has since been brushed under the carpet. The songwriter on this track was a young man called Blaise Tosti, unusual in the first instance since Dolly had generally stopped using outside songwriters on her albums.

More disturbingly a search for this man’s name reveals that he accused Dolly of seducing him aged thirteen and he suggested that they had a relationship for twenty years afterwards. Dolly responded in a Times interview insisting, ‘That’s bullshit.  I know the people.  We used to go to the house and feed the family because they were poor and the boy’s mother was an alcoholic.  And he was a great singer and a great writer and I worked with him.  But, you know, people turn on you and are desperate for money so they do stuff and it does hurt.” Rarely do you hear Dolly addressing her personal life so frankly and convincingly.

Whatever the nature of their relationship, Dolly obviously believed in him as a songwriter and she recorded his songs sporadically until the late 80s. His betrayal in selling what sounds like a false story obviously pained her deeply and certainly clouds any enjoyment of this song.

Jolene remains Dolly’s most popular album and would be her solo breakthrough, ushering in a run of number one singles that would send her career stratospheric. Leaving Porter’s show was now inevitable, even if he remained involved in her music for a few more years. Dolly was now the country music superstar she always knew she would be.

In 2018 I started my project to listen and review every Dolly Parton album in order of release. Please click the links below to read the posts so far: