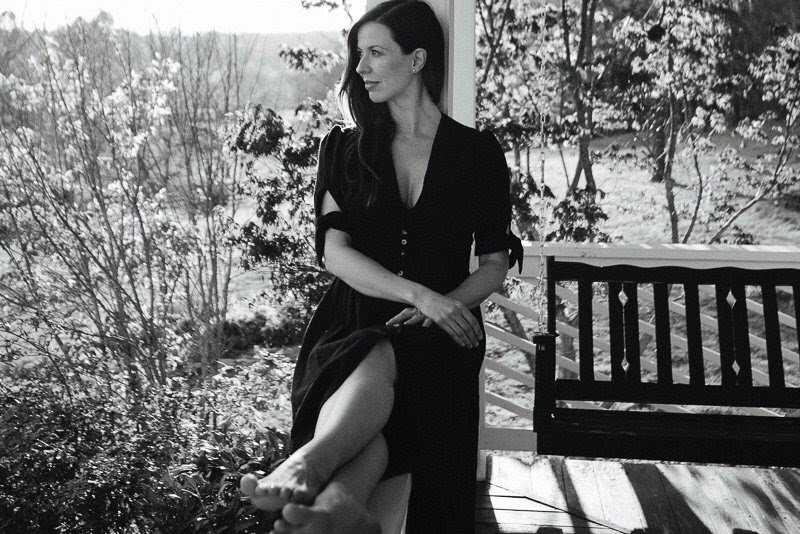 After the dramatic dissolution of her band The Civil Wars, Joy Williams seemed like an artist searching for herself. Before those fractious and fiery albums of absorbing Americana she had been a contemporary gospel singer, offering polite pop prayers. To many fans unfamiliar with her earlier work, her 2015 solo synth pop album ‘Venus’ sounded not just a like an evolution of her sound but an entirely different artist. So this new album ‘Front Porch’ is a welcome reset of her musical style and a quiet return to form.

Now I don’t condemn any artist for singing pop or trying a new sound – after all look at how well it has worked out for Kacey and others. But unfortunately for Joy Williams listening to the last solo record was bewildering and uncomfortable at times. Sometimes though you have to make a few mistakes and missteps to find the path you should be walking on. Maybe you even have to go back to find out where your home really is.

“I remember saying, whatever this project is, if I can’t play it on a front porch, it’s probably not for me,” Williams told Rolling Stone. As well as this simple down-home vision she also decided to return to living in Nashville, and enlisted some fantastic songwriters to help her, including Liz Rose, Natalie Hemby and Caitlyn Smith.

The album begins with a song which accepts the ‘shadow’ of her past, while at the same time looking to a better future. I will not fall silent/ I will sing. The trapped canary, still singing, is a symbol of hope.

Then we are offered an invitation to come sit on her Front Porch and hear a song or two. We’re all a little splintered and battered, she admits. Come on back to the front porch. Here she sounds like she is ready to become the solo artist many fans always hoped she’d become. Liz Rose helped her come up with this song, taking her central wish for the album and turning it into what should now be her signature solo song. The music is simple acoustic Americana, rich and warm like the south itself.

The spectre of break ups and painful separations are never far away like on When Does A Heart Move On. We both know you’re not coming home she sings, sounding confused and lonely still. Williams’ voice is perfection through the whole album but this song really stands out for the light and shade she creates (for what it’s worth I didn’t miss the guy she used to sing with once while listening to this album). Even simple love songs like No Place Like You and One and Only are elevated to the spectacular by the power of her vocal.

Working with songwriter Natalie Hemby always yields results and The Trouble With Wanting is another to add to her list of beauties. The song is slow burner, about desire, longing and that guy you just can’t stop thinking about.

There are some nods to Williams’ Gospel past, which yields variable results. When Creation Was Young is a country sounding song but the lyrics are as clunky as that title suggests. Preacher’s Daughter is better, an autobiographical song which is delivered with real heart. The best of the offerings is ‘Lord Look How Far We’ve Come’ a sweet song in a folky bluegrass style, something akin to Dolly’s simple acoustic gospel tunes.

Joy Williams’ many fans are already celebrating and sharing this new album, which is a success in itself. The songs sound like an artist who has found herself a comfortable place where she feels at home. So kick off your shoes because you’ll want to stay here a while and savour the delights of Front Porch.