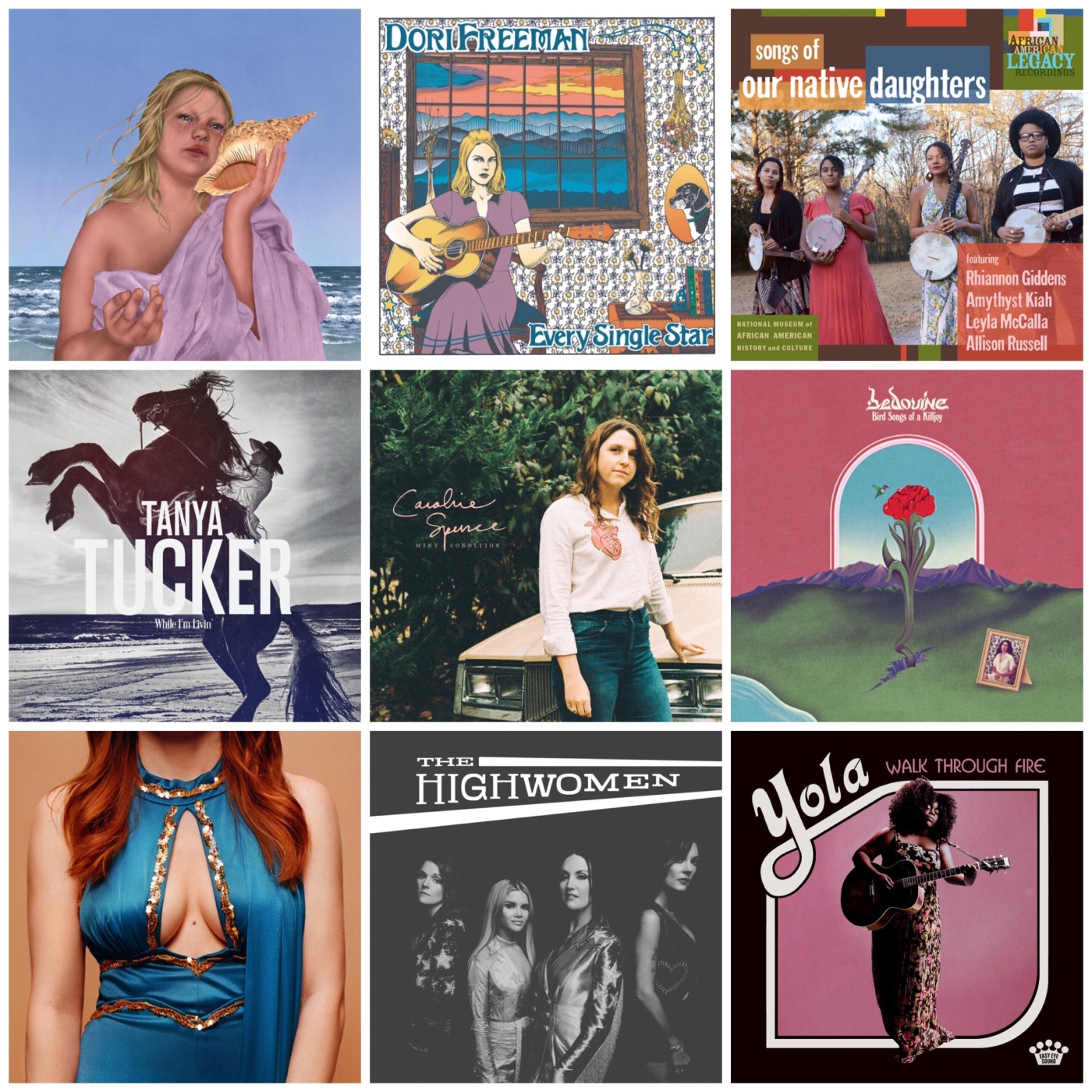 After writing about the overwhelming paradox of choice that comes from the tidal wave of music released in 2019, I started thinking about how I could recommend some of my favourite albums of the year in a different way so that no one is sent into a tailspin of anxiety about what’s cool, what’s good or worrying about what you’ve missed out on.

We should never underestimate the importance of music as self-care. I believe it is vital in helping us to deal with this tumultuous, chaotic world. While I do still plan on writing traditional ranking end of year lists too, read on for recommendations as to how 2019’s best music can be used as serious self care.

I spend a lot of time on public transport so I know exactly what you need to endure such journeys: soothing, immersive and quietly hopeful music. Usually after work I’m so tired I can barely drag myself to the bus stop and listening to Mint Condition by Caroline Spence has been a welcome balm for exhaustion and stress since it was released earlier this year.

Best Album for Surviving Self-Doubt: Joanna Sternberg – Then I Try Some More

No matter how old you are it seems that you never escape from worries about who you are, where your life is at, how you fit in the world. The only thing that I find reassuring about this plague of identity anxiety is finding out I’m not alone. For me listening to Joanna Sternberg’s songs of pain, confusion and ultimately hope gave me the kind of comfort that I needed when I was being too tough on myself. Time after time I returned to these songs and found some kind of magic antidote to my own irrational personal loathing.

When faced with domestic duties that often feel never ending, I find that putting on a CD and turning it up loud is about the only thing that makes completing such tasks bearable. So yes my neighbours may have seen me dance around like a fool singing along to the Highwomen while doing the dishes/cleaning/dusting and I don’t care. An album that deals with both the glamour and grit of real life is a perfect soundtrack to mundane everyday chores.

Best Album to Listen to While You Drown Yourself in Merlot : Miranda Lambert – Wildcard

I may have been initially unconvinced about a few of the songs on Miranda’s new album but I can tell you this for sure – they all sound really damn good when drinking merlot on a Friday night. Blast Wildcard, relax into a vat of wine and be restored to full health. Nobody loves you like Miranda does.

Throughout this year, and especially in the dark winter months, I often found myself craving the shimmering, heartfelt songs on Girl as a more joyful alternative to all the serious and traditional music I usually listen to. Some voices just instantly make me feel better and Maren is one of them. Listen and let the light in.

Best Album to Listen to in the Bath: Sarah Klang – Creamy Blue

I’m serious about self care and having a luxurious bubble bath is not an indulgence – it’s a must. I have experimented with many listening choices and found Sarah Klang’s dreamy Creamy Blue to be the perfect soundtrack to submerging your worries. And at 33 minutes it’s just the right length for a serious soak.

Best Albums to Read To: Dori Freeman – Every Single Star & Bedouine – Bird Songs of a Killjoy

Reading and music go hand in hand for me as the best forms of stress relief. I’m always searching for the right album to create the required relaxed atmosphere. Two that have proved to be perfect accompaniments to my reading this year are the blissful, slightly otherworldly sunshine of Bedouine’s Bird Songs of a Killjoy and also Dori Freeman’s quietly perfect Every Single Star.

Best Album for an Outdoor Walk: Yola – Walk Through Fire

In the bleak midwinter there is nothing better than a brisk morning walk to try and absorb as much light as you can before the sun vanishes again too soon. Yola’s debut album Walk Through Fire accompanied me on many such wanderings this year and her gutsy spirit and fiery voice kept me powering forward when I really just wanted to hibernate. These songs are just so damn good and it’s heartwarming to see her get the attention and success she richly deserves.

Best Album for Enduring Heartbreak : Jenny Lewis – On The Line

Jenny Lewis understands break ups – she’s been there and she’s survived. Her music is never not vital to me but there was something special about these songs and how they conveyed the hurt and the humanity of failed relationships. On the Line was dazzling and devastating, and I find some new revealing insight inside these songs with every repeated listen.

Best Album to Listen to on Vinyl : Tanya Tucker – While I’m Livin’

Self care is about finding the little things in life that bring you joy and that for me is listening to vinyl. The best album I found for this exact purpose was Tanya Tucker’s rebel yell While I’m Livin’. Rootsy, heart thumping songs like these really live and breathe through the crackle of the needle.

How to live with the pain of history, politics and discrimination are woven tightly through this masterful project from Our Native Daughters. When the world around you feels grim and depressing there is something powerful about hearing how others have weathered the storms. Keep fighting. Never lose hope for a better tomorrow. Music like this can lead the way.

Listening to Allison Moorer’s honest and harrowing songs about her horrific childhood trauma has been the most important experience for me as a music fan in 2019. By sharing her pain and grief, she has helped me, and others, to understand our own. But what makes this album so inspiring and redemptive is how she searches for forgiveness and healing despite everything she has suffered. Such grace is a gift we can all learn from.

All these albums will also appear on my 2019 ranked album list which will be published next week. Let me know what albums have helped you through this year and if you have any other recommendations for music as therapy!